The new CEO of Lockheed Martin (NYSE:LMT) is interested in pushing the company into 5G networking technology, a potential new avenue for growth for the world's largest pure-play defense contractor.

The idea of networking military equipment is not new, but it has become increasingly cumbersome in part due to U.S. government concerns about Chinese telecom vendors. That could create an opportunity for a U.S. defense company, and Lockheed Martin appears interested in filling that void. 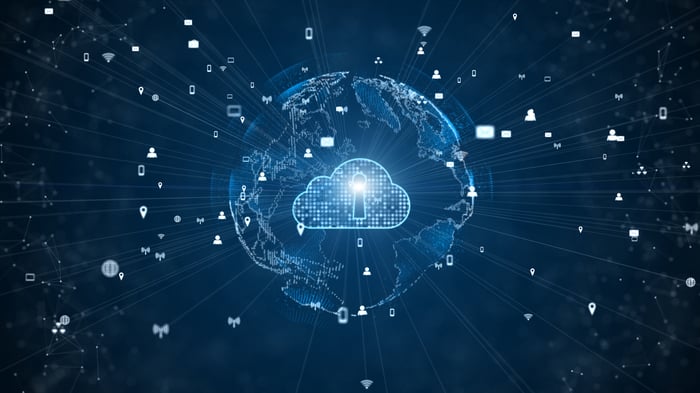 The Pentagon is focused on networking

"I've got an idea called 5G.mil that we're going to try to figure out how to create and really bring that technology ... into our space and drive performance at this company," he said.

Taiclet was short on details about what 5G.mil might encompass, but the CEO is well suited to bridge the gap between defense and communications.

Taiclet, a one-time Air Force officer, came to Lockheed Martin in June after more than 15 years in charge of telecom company American Tower. On the call Taiclet praised Lockheed Martin's R&D efforts, saying he hopes to "bring in some tech industry practices and maybe some new partnerships and technologies to augment that."

There's a broad vision inside the Pentagon and among its contractors of a future force of networked crewed and autonomous equipment working together in the battlefield, but implementing such a vision is a massive challenge due to issues ranging from common standards, bandwidth and resource issues, and hacking concerns.

If any contractor can help resolve some of those issues in-house, instead of relying on commercial, and sometimes foreign-made, technologies, it could turn into a lucrative business.

There's likely many twists ahead

Of course, taking on a new challenge like 5G would be expensive for Lockheed. But on the call Taiclet said he believes the government could be willing to help fund important research. A coordinated effort run by a defense contractor would likely also ease Pentagon concerns about working with non-defense companies, and could help commercial-focused companies look more favorably toward government work.

"If we can get our customers convinced that certain types of independent research and development need to be compensated for in perhaps new ways by the government so companies like ours and others can take risks ... then we're going to be able to accelerate our growth," Taiclet said. "No one is going to take any risk on the defense industrial base by implementing these technologies in a different way if they are not sure they're going to get paid for it."

He also said during the call he's open to acquisitions, especially if valuations fall due to a downturn. That led to immediate speculation concerning Kratos Defense & Security (NASDAQ:KTOS), a $2 billion market cap maker of drones and defense electronics with a history as a telecommunications vendor.

It seems unlikely that Lockheed Martin would want to buy Kratos specifically because of 5G, but the company's drones are designed to fly alongside Lockheed-made fighters, and autonomous systems by their nature are at the forefront of networking efforts.

Kratos' products would arguably complement Lockheed Martin's aviation unit well, and having the planes and drones under the same roof could make future efforts to coordinate the two platforms easier.

Buy the portfolio, not one small piece of it

The 5G talk is interesting for investors because it highlights some of the directions Lockheed Martin could head in pursuit of growth, as well as the new CEO's efforts to put his stamp on the company. But until more is known, there isn't much there to alter existing revenue projections, and 5G is not a reason to buy the stock.

Fortunately, Lockheed Martin's existing portfolio provides ample reasons to buy in. The company has a $150 billion backlog including the F-35, a potential trillion-dollar program, as well as a range of missiles, missile defense, electronics, space, and helicopter offerings. 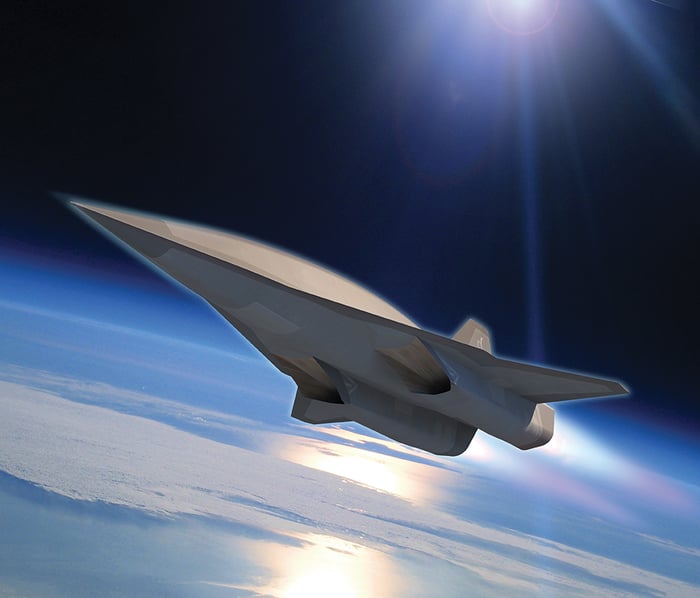 Lockheed Martin has always prided itself in its so-called Skunk Works, a nickname given to its southern California research facility that has become synonymous with the company's research and development (R&D) expertise. The 5G talk, if nothing else, is a reminder of how far-reaching the R&D work is.

For long-term holders, the bottom line is there are a lot of ways for Lockheed Martin to win.