With the coronavirus pandemic set to negatively impact air travel for years to come, it's a good idea to reflect on what lies ahead for aircraft engine manufacturers General Electric (NYSE:GE) and Raytheon Technologies (NYSE:RTX) Here's a look at the key issues facing both companies in the coming years and how it could impact the investment proposition for both companies.

GE's joint venture with Safran, CFM International, produces the sole engine option (LEAP) on the Boeing 737 MAX. In addition, CFM's LEAP engine also competes with Raytheon's Pratt & Whitney (geared turbofan, or GTX) on the Airbus A320 NEO. Notwithstanding the issues with a return to service for the 737 MAX, it's clear that GE and Raytheon will be offering the engines on the workhorses of the aviation industry for at least the next decade. 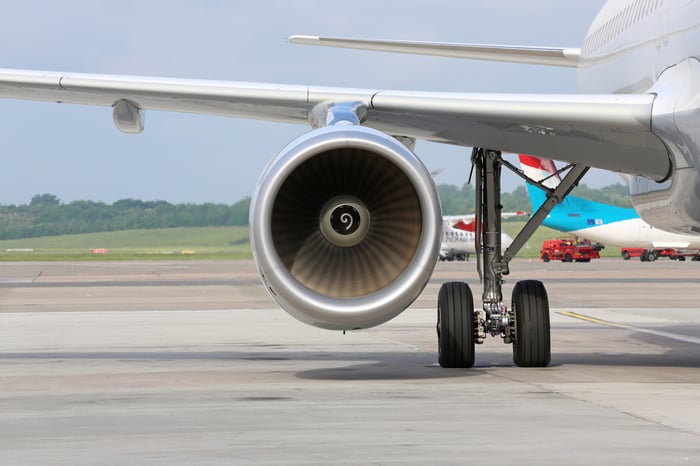 The competition over aircraft engines is going to heat up. Image source: Getty Images.

Of course, it's no secret that the pandemic has hit air travel, and both companies are having to deal with a reduced outlook for the industry. That's something that will put pressure on airplane orders in the coming years. However, what's less understood is the unique set of circumstances that are set to intensify the competition to win market share for engines on the A320 NEO.

The money in aircraft engines is made from lucrative aftermarket sales, so the key is to establish initial sales on new aircraft. As such, the LEAP and the GTF are typically sold at a loss in order to increase adoption. The competition to supply engines to airline customers on the A320 NEO is already intense, but it's only going to intensify, for a number of reasons:

Putting it all together, it's clear that the competition on the A320 NEO is only going to increase, and it's one that Raytheon Technologies' management feels it's starting to win. For example, Raytheon Technologies' CEO Greg Hayes recently gave an interview to Aviation Week and said the GTF's market share on the A320 NEO "went from 42% to north of 50% in the last year. Customers are starting to believe in the geared turbofan because of the fuel efficiency." 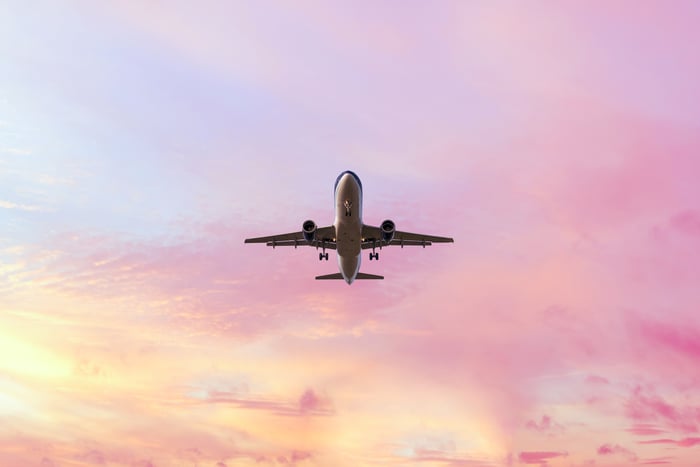 The importance of the LEAP vs GTF

Clearly, the win ratio on the A320 NEO is a number that's going to bounce around based on the development of orders, but if Hayes is right and the GTF is starting to win out, then it should be a matter of concern for GE.

After all, it's going to be a few years before GE's power and renewable energy segments start to generate cash flow, and its healthcare segment isn't likely to grow significantly. As such, GE needs every bit of cash flow it can get from its aviation segment. Meanwhile, GE will need cash to support development of engines for the next generation of narrow-body aircraft in a decade or so.

Raytheon is also likely to be negatively impacted by any intense pricing competition, not least because the GTF is the key to future earnings and cash flow. However, around 55% of Raytheon's total revenue comes from defense and space -- an end market relatively untouched by COVID-19 -- and the cash flows from those businesses will support the company through a difficult period.

All told, GE investors need to keep a close eye on the win rate of the LEAP on the A320 NEO, because it's going to be a critical determinant of GE's overall cash flow in the future. In addition, if pricing competition heats up, it could lead to some near-term margin pressure -- the last thing GE needs right now.