Don't miss out on how these companies are dominating their respective markets.

There's no shortage of high-flying technology stocks for investors to consider right now. The stocks of some technology companies are rising as the coronavirus has spread across the globe and investors look for stocks that could benefit from people spending more time at home.

But just because some technology companies are benefiting from the current conditions doesn't mean they'll be great long-term investments. Instead, investors should consider how Apple (AAPL -2.54%), Shopify (SHOP -4.46%), and PayPal (PYPL -1.89%) are dominating their respective markets and continuing to have great long-term potential. 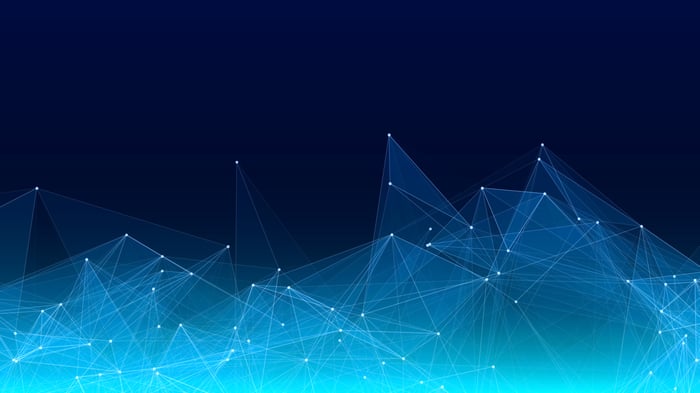 PayPal is one of the leading digital payments companies, and now, more than ever, this service is in demand. The virus has made it more appealing for customers to use contactless payments in stores and restaurants, and to make more purchases online.

"In the midst of the COVID pandemic, we have seen substantial macro changes that we believe will have a lasting and profoundly positive impact on our business," PayPal CEO Dan Schulman said on the company's second-quarter earnings call, "The world has accelerated from physical to digital across multiple industries including retail."

With Paypal already established as a leader in digital payments, the company will likely benefit from the current growth trend in e-commerce and contactless payments long after we recover from the pandemic.

There are a handful of solid reasons for investors to buy Apple stock and never sell, but let's just focus on the company's biggest growth areas right now: its wearable tech and its services business.

Service revenue, which includes subscription sales for Apple Music, Apple TV+, Apple News+, as well as App Store sales and Apple Care products, increased nearly 15% in the third quarter to $13.2 billion. The growth of the company's services business over the past few years can't be overstated. Apple CEO Tim Cook set a goal back in 2017 of doubling the company's 2016 services revenue and on the third quarter earnings call Cook said, "Based on these results and our performance over the last four quarters, we are proud to announce that we have achieved our goal of doubling our fiscal 2016 services revenue six months ahead of schedule."

Apple's services face stiff competition from Spotify (for music and podcasts) and Disney, Netflix, and Amazon (for video). But Apple's doubling of its services revenue over the past four years shows that the company is finding its niche in the services space -- and it's only just beginning.

Apple can continue to find new ways to bundle its services together to make them more appealing to customers, and it still has lots of time to make current offerings like Apple TV+ more competitive by adding new content. The most recent example of this is Apple buying the rights to Greyhound, starring Tom Hanks, which has been a hit for Apple's streaming service.

In addition to services, Apple is continually expanding its wearable technology lineup, which includes the company's AirPods and AirPods Pro, its Beats products, and Apple Watch. Apple continually takes the lead in wearable tech shipments compared with its competitors, and its devices continue to add to the company's top line. The company's wearables, home, and accessories segment sales spiked 16.7% in the most recent quarter.

With Apple continually dominating the wearable tech space and making large inroads in services, the company's long-term potential in the technology space is still firmly intact.

There may be no better time for investors to consider investing in e-commerce than right now. While stay-at-home orders have been lifted in most states across the U.S., most people are still spending more of their time at home and venturing out far less than before the pandemic. As a result, people are buying more online than before.

This has forced many businesses to start, or expand, their online services to reach more people. And that's where Shopify comes in. The company helps businesses of all sizes set up their online shops for e-commerce sales. The company also offers a long list of additional services that help businesses manage their shipments, inventory, advertising, and online payments. This type of all-in-one service is critical to many companies that are trying to adapt to the pandemic's effect on their businesses.

In the most recent quarter, Shopify's sales increased an astounding 97% year over year. Additionally, gross merchandise volume (GMV), which is the total dollar value of orders processed on Shopify's platform, spiked 119% year over year to $30.1 billion.

"Over the past few months, we've seen the COVID-19 pandemic fundamentally shift the way businesses and consumers interact," Shopify's COO, Harley Finkelstein, said on the second quarter earnings call. "It has catalyzed e-commerce, introducing major changes in buyer behavior and pulling forward what retail would look like in 2030 into 2020."

But Shopify isn't just experiencing growth because of the pandemic. The company was already growing quickly before COVID-19, as it tapped into the larger e-commerce growth trend. Consider that in the first quarter of 2020, e-commerce sales accounted for just 12% of all retail sales in the U.S. This means that e-commerce still a lot of room to grow in the coming years -- and Shopify's platform will likely grow right along with it.