AMC Entertainment holdings (NYSE:AMC) has eased a burden that some investors feared could force it into bankruptcy.

On Monday, movie theater chain AMC announced a deal with most of its senior subordinated noteholders that will reduce its $5 billion debt load by $553 million. The same negotiations will also improve the company's cash and liquidity position between $355 million and $415 million within 18 months. AMC Entertainment has issued 5 million shares of stock to facilitate the deal. 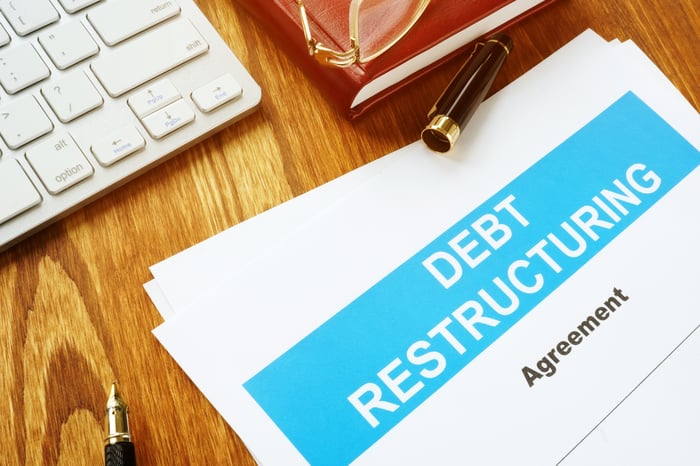 The news is some relief to AMC investors. Coronavirus-related closures of its U.S. theaters in March have proved devastating to the film business. Without knowing how long the COVID-19 outbreak would persist, the chain initially planned to shutter its U.S. theaters for six to 12 weeks. The reopen date has been continually pushed back in the meantime. Most recently AMC was planning to reopen in late July, but with the contagion still uncontained, on July 23 AMC Entertainment announced its United States theaters would not reopen until at least the middle of this month. Around one-third of its locales in Europe and the Middle East have already reopened.

Reopening all of its theaters isn't assurance business will return to pre-COVID levels. Stay-at-home mandates in many parts of the world forced the film industry to experiment with selling new films directly to consumers as a digital download. The model proved successful, prompting at least one studio to reduce the amount of time theaters will have exclusive access to new films. Those movies will now be available for streaming sooner than in the past.