These three stocks are dominating the coronavirus stock market but could boost your portfolio for decades to come.

We are undoubtedly living in unprecedented times. Certain stocks that looked like decent buys at the beginning of the year are dragging down investors' portfolios in this volatile market. Take the travel industry, for instance. With mass lockdowns, border closures, and fears of unwittingly spreading the coronavirus taking hold of travelers across the globe, airline and cruise stocks have plunged into painful bear market lows from which they look unlikely to recover anytime soon.

It's only natural that investors across all sectors fear a second wave of coronavirus cases that could deepen the current recession and instigate another market crash. A forward-thinking investing mindset is the wisest strategy in any market climate. By padding your portfolio with stocks that demonstrate recession resistance, you can mitigate the risk that naturally accompanies investing and ride the waves of uncertain market times with increased confidence. To that point, here are three growth stocks you can buy and hold for the next 50 years. 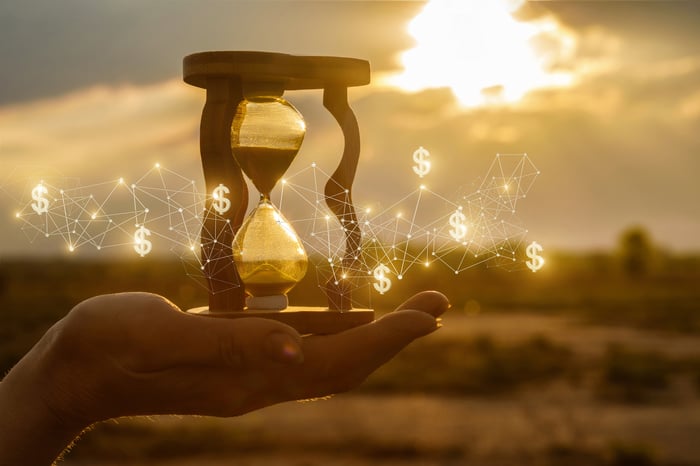 Alphabet (GOOG -1.24%) (GOOGL -1.31%) has certainly not been immune to the ups and downs of the pandemic stock market. Class A (GOOGL) and Class C (GOOG) shares of Google's parent company experienced a significant decline in March's market plunge, falling approximately 23% compared with their Jan. 2 closing price. But, this blue-chip stock has ricocheted from its bear market low. Both Class A and C shares of Alphabet are currently trading at just 3% below the stock's highest price over the past 52 weeks.

Alphabet is one of the stalwarts in the exclusive quintet of tech stocks called FAANG. With Google, the top search engine in the world, and popular video-sharing platform YouTube representing just a handful of the highly profitable subsidiaries in Alphabet's stable, this stock presents a unique investment opportunity that few other stocks offer. Alphabet closed out an excellent 2019 with a reported $162 billion in revenue that was up 18% from the year prior. Revenue in the fourth quarter of 2019 increased by 17% to $46 billion. The company's revenue from Google search and other advertising also skyrocketed by 17% in the final quarter of 2019, clearing $27 billion. YouTube advertising accounted for $4.7 billion of Alphabet's revenue in Q4 2019, while Google Cloud brought in $2.6 billion in revenue for the tech giant.

Despite a challenging first quarter in the broader market, Alphabet still reported a strong revenue increase in the early part of 2020. First-quarter revenue was just under $42 billion, a 13% increase from Q1 2019. Google search and other advertising revenues (roughly $25 billion) accounted for more than half of Alphabet's revenue in the first quarter.

Alphabet announced its Q2 2020 results on Thursday, July 30. The company's second-quarter revenue of $38.3 billion equated to a minor 1.6% decline from its second-quarter 2019 top line of $38.9 billion. Even though this was the first time in the company's history that it reported a drop in earnings, Alphabet still managed to outperform the projections of Wall Street analysts in the second quarter. Google Search and other advertising revenues were $21.3 billion in Q2 2020, as opposed to the $23.6 billion reported in Q2 2019. YouTube ad revenue of $3.8 billion increased slightly over the second quarter of 2019 ($3.6 billion). Google Cloud and Google "other" revenues were both up in Q2 of this year, totaling approximately $3 billion and $5.1 billion, respectively.

It's no surprise that the pandemic has impacted Google's top and bottom line this year. In fact, 69% of brands anticipate that they will cut back their ad spending in 2020, according to a report by Influencer Marketing Hub. However, if you're thinking about buying a stock like Alphabet with a 50-year outlook, the immediate impact of the pandemic is less concerning. As of April, Alphabet's Google made up over 86% of the global search engine market. The company's recent decision to abolish fees for merchants on Google Shopping is just one way in which it has significantly upped the ante with competitors like Amazon. Regardless of the pandemic, Alphabet's star power isn't likely to wane anytime soon.

No list of growth stocks that you can buy and hold for 50 years would be complete without mentioning Apple (AAPL -1.29%). Shares of the tech colossus have grown by a mouth-watering 75,000% since the company entered its initial public offering (IPO) nearly 40 years ago. Apple has a market capitalization nearing $1.7 trillion and a massive portfolio of products that have allowed it to flourish during the pandemic.

In its fiscal 2020 Q1 earnings release on Jan. 28, Apple reported a 9% year-over-year spike in revenue to nearly $92 billion. The company's operating cash flow of more than $30 billion and net income totaling $22 billion added further strength to its stellar first-quarter results. Sales in Apple's wearables, home, and accessories segment totaled $10 billion in the first quarter. iPhone sales totaled nearly $56 billion, making up more than half of the company's total revenues in fiscal Q1.

In fiscal Q2, Apple reported a much slighter year-over-year revenue increase of 1%. The company still maintained healthy cash flow of more than $13 billion and reported total earnings of $58.3 billion. As CEO Tim Cook noted, "Despite COVID-19's unprecedented global impact, we're proud to report that Apple grew for the quarter, driven by an all-time record in Services and a quarterly record for Wearables. In this difficult environment, our users are depending on Apple products in renewed ways to stay connected, informed, creative, and productive."

The company's much-awaited fiscal Q3 results came out on Thursday, July 30. Investors certainly weren't disappointed. Apple marked an astonishing 11% jump in year-over-year revenue in the fiscal third quarter of nearly $60 billion. Sales were up across all categories. The company's services segment raked in $13.2 billion in fiscal Q3 2020, which was nearly 15% higher than in fiscal Q3 2019. The company also announced its upcoming 4-for-1 stock split of common shares, which will occur on Aug. 31. With the company's 0.85% dividend yield and recession-resistant portfolio of products, not to mention its growing accessibility to a wider range of potential shareholders with the upcoming stock split, it's no wonder that Robinhood investors are flocking to scoop up shares of Apple.

Alibaba (BABA 4.86%) is another growth stock with 50-year investment potential. A force to be reckoned with, Alibaba is the single largest e-commerce company in China, according to eMarketer. Not only does China have the largest e-commerce market in the world, but the country generated more than three times the amount of e-commerce sales than occurred in the U.S. last year. Statista has ranked Alibaba as the seventh most valuable company in the world by brand value, with Apple ranking second and Google third. Alibaba's rapid proliferation into other markets outside of e-commerce in recent years, including retail and technology, has led it to amass a market capitalization of $684 billion. Even though the company experienced some impact from the pandemic, shares are still up about 15% year to date.

Alibaba's revenue in the quarter ending March 31 was up 22% on a year-over-year basis at $16.1 billion. Even more impressive, in the full 2020 fiscal year, Alibaba reached a record-shattering gross merchandise value of $1 trillion. While the company's operational income plunged 19% in the fiscal fourth quarter, its adjusted earnings before interest, taxes, depreciation, and amortization (EBITDA) were up 1%. As of the quarter ending on March 31, the company reported over 720 million active users on its web platforms.

Alibaba stock has significantly increased in value since its IPO nearly six years ago, which is to date the largest public offering ever entered on the NYSE. If you had invested $10,000 in Alibaba when it went public at $68 per share in September of 2014, that investment would be worth north of $37,000 today. Befittingly monikered the "Amazon of China," Alibaba is a stock you can buy and hold for the long haul.