Please ensure Javascript is enabled for purposes of website accessibility
Log In Help Join The Motley Fool
Free Article Join Over 1 Million Premium Members And Get More In-Depth Stock Guidance and Research
By Lou Whiteman – Aug 4, 2020 at 9:38AM

Shares of Boeing (BA -5.37%) lost 13.8% in July, according to data provided by S&P Global Market Intelligence, with most of the damage done late in the month after the company released second-quarter earnings. Investors went into earnings season knowing not to have high hopes for Boeing, but the results highlighted what a difficult challenge the company has ahead of it.

Boeing shares have lost about half of their value in 2020, weighed down by the COVID-19 pandemic. Airlines are scrambling to cut costs in response to a dramatic slowdown in travel demand, and that means a need for fewer planes.

Boeing already had issues prior to the pandemic. It's 737 MAX has been grounded since March 2019 after a pair of fatal accidents, and payments to suppliers and customers related to the grounding had been eating into cash flow. For much of 2019, Boeing could fall back on sales of other models and revenue from its aircraft maintenance unit to cushion the 737 MAX blow, but the pandemic has left the company with few options. 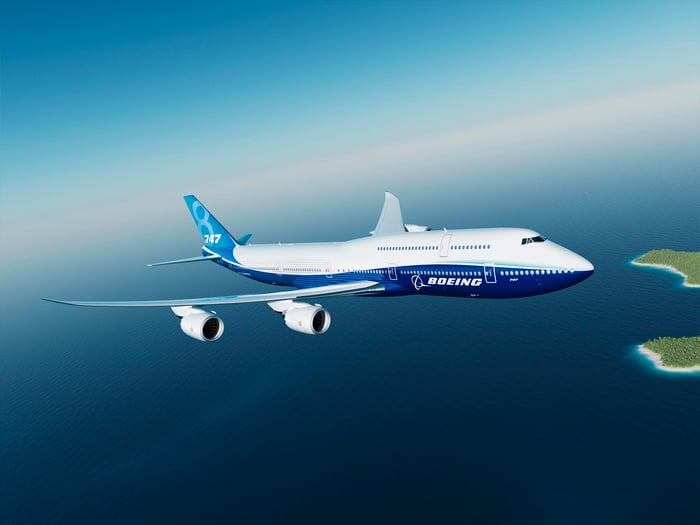 The company lost $4.79 per share in the quarter, bleeding through $5.3 billion in cash in the process. Boeing also said it would scale back production of its once top-selling aircraft models including the 787 Dreamliner in response to sluggish demand, a clear indication the company expects the downturn to last an extended period of time.

There was some good news in July for Boeing. The 737 MAX is making progress in winning recertification, and it appears likely the plane will be flying again before year's end. That will allow Boeing to start delivering the 400-plus planes it has built during the grounding, which will help boost cash flow and cut into the bleed.

Still, there isn't much reason to get excited about Boeing in the near term. Commercial aerospace is going to take years to recover, and some of Boeing's top customers are still in the process of adjusting their order books downward.

Boeing is a massive company with a substantial backlog of new business even after cancellations, and it's not just going to disappear overnight. But it is hard to get too excited about buying in right now given the issues the company will have to work through in the years to come.