Not every part of the retail industry is a wasteland.

Retail seems like a horrible idea for an investment. The graveyard of companies that have sought bankruptcy protection this year added two more tombstones this weekend after Lord & Taylor and Tailored Brands both sought the court's protection.

Although more than 40 retailers have gone under so far in 2020 because of the coronavirus pandemic, and more will likely join before the year's end, not all retailers are alike and some will emerge even stronger from this crisis.

The three retail stocks below fit that criteria quite well, and investors should give them a closer look. 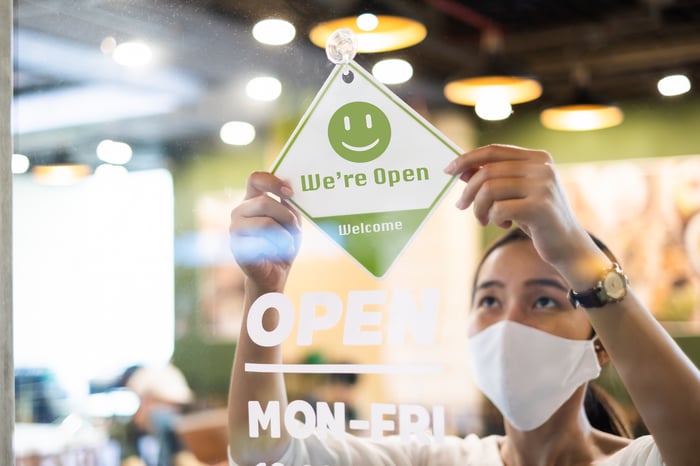 Few businesses were as well-positioned to capitalize on the opportunities the pandemic afforded than deep discount retailer Dollar General (DG -1.14%). With 16,500 stores across 46 states, the value proposition its business represents during a time of record unemployment that's causing consumers to stretch their dollars as far as they can go is on point.

Fiscal first-quarter sales in May were up 28% compared to last year, while comparable store sales soared 2% year over year.

Yet as the economy reopens and the situation normalizes, Dollar General still has plenty of runway for growth. The gains it experienced in the early days of the pandemic actually only built on the foundation it had set. While the comps growth was strong in the quarter, it was merely reflective of the 30-year record of positive same store sales it has notched.

The stock is up 23% year to date, but at less than 22 times next year's projected earnings, Dollar General still seems poised to grow even further.

The collapse of the economy during the pandemic means consumers are going to be hanging onto and caring for big-ticket items more than they otherwise would, and that includes their cars.

Unlike Dollar General, aftermarket parts retailer Genuine Parts (GPC -0.95%), which runs the NAPA auto parts retail store chain, did feel the effects of the pandemic. The economic shutdown and subsequent lockdown orders meant people didn't have to drive their cars as much, which kept repairs to a minimum.

Despite that, the 8% decline in revenue experienced in its fiscal first quarter was all COVID-19-related, and while it expects its second-quarter results to see even greater effects from the crisis, the long-term outlook remains strong.

Genuine Parts has a proven record of growth with increased sales in 87 out of the last 92 years, which obviously includes all kinds of recessions, depressions, war, and more. More importantly, the auto parts retailer has raised its dividend for 64 consecutive years, making it a member of that elite group of stocks known as Dividend Kings.

The shopping mall is dying, and the pandemic certainly didn't help, but lululemon athletica (LULU 0.62%) is not dependent on such venues, as two-thirds of its stores are located outside of mall settings.

Of course, athleisure wear was considered a non-essential business, so its retail stores were closed down regardless of location. This caused sales to tumble 16% from the year-ago period on a currency-adjusted basis, missing analyst expectations for the first time in three years.

Yet online direct-to-consumer sales surged 70% from last year and represented more than half of total revenue, twice as much as they did in 2019. That could have opened a venue for the apparel retailer to bring in new customers that will remain in a post-COVID-19 retail world. Moreover, it recently bought connected fitness company MIRROR, which sells mirrors outfitted with cameras and microphones for people to obtain a gym-like workout by participating in live fitness classes, but in their homes.

Because the customer demographic of MIRROR is similar to lululemon's own upscale clientele, it has an organic feel that could allow for cross-merchandising opportunities to spur additional growth.

Lululemon is not a cheap stock at 52 times estimated earnings and 123 times the free cash flow it produces, but it is in the right trend groove and should be worth the premium.