With the U.S. economy stuck in a recession, it's clear that the public needs additional relief to cope with the COVID-19 crisis. To this end, lawmakers have been hard at work attempting to hammer out a second relief package to follow late March's CARES Act.

At this point, negotiations have stalled, largely over sticking points like boosted unemployment (Democrats want to see an extra $600 a week for jobless workers through the end of the year, while Republicans want to, for the near term, boost unemployment by just $200 a week). But the one thing lawmakers have been loathe to include in their relief bills is a payroll tax holiday -- something President Trump has insisted on from the start.

In fact, the president wants to see a payroll tax cut so badly that he's taken matters into his own hands. On Aug. 8, President Trump signed four executive orders, one of which calls for a payroll tax holiday through the end of the year. But will his actions cause more harm than good? 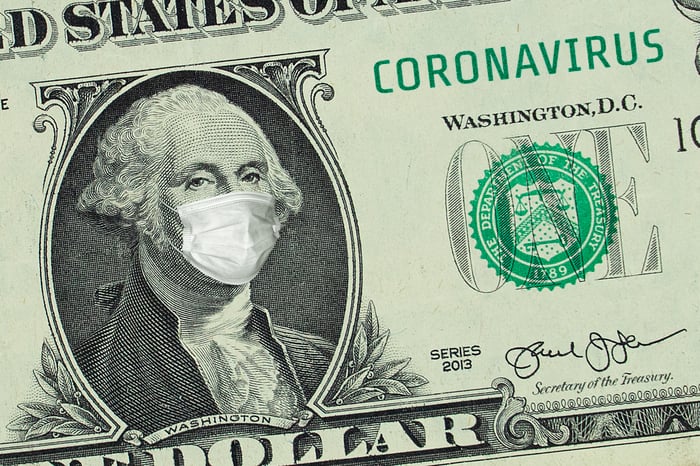 There are a lot of issues with President Trump's executive order, aside from the fact that it completely sidesteps Congress. First, the order would technically only delay payroll taxes -- not forgive them completely.

Right now, employees pay a 6.2% Social Security tax on earnings of up to $137,700, and a 1.45% Medicare care on all of their earnings. The president's order applies to these specific taxes for workers earning under $104,000 a year. Instead of having these taxes withheld from their paychecks, workers would instead defer them, similar to the way those who owed money on their 2019 taxes were allowed to push their payments from April 15 to July 15 earlier this year.

But to be clear, the president's order does not forgive payroll taxes through the end of 2020, and owing a lump sum later on could constitute an even greater burden for struggling Americans. And while President Trump has pledged to make his payroll tax break a permanent one, he may not have the legal authority to do so, in which cases workers would be stuck forking over a chunk of money at the end of the year.

But that's not the only issue with the president's payroll tax holiday. Another problem is that it does nothing to help the tens of millions of Americans who are presently unemployed. Granted, the president did sign an order seeking to boost unemployment by $400 a week for the jobless, but that, too, has strings attached.

Another major issue is that implementing a permanent payroll tax break for the remainder of 2020 could be the death knell of Social Security. The already struggling program gets the bulk of its funding from payroll taxes, and this year, it's seeing a lot less revenue due to widespread unemployment. If the president does manage to forgive payroll taxes for the rest of the year, it could create a scenario where Social Security depletes its backup cash reserves -- known as its trust funds -- sooner than anticipated. Once that happens, widespread benefit cuts may be inevitable.

As such, while giving working Americans more take-home pay in the coming months may be helpful to some degree, there are clearly a number of problems with this proposal. And ultimately, it doesn't take the place of a true stimulus deal that would broadly address the financial crisis our nation is grappling with.