Please ensure Javascript is enabled for purposes of website accessibility
Log In Help Join The Motley Fool
Free Article Join Over 1 Million Premium Members And Get More In-Depth Stock Guidance and Research
By Maurie Backman – Aug 21, 2020 at 7:47AM

Things just took a slight turn for the worse on the unemployment front.

The U.S. unemployment rate has been utterly dreadful since the COVID-19 pandemic first took hold, plunging the economy deep into a recession. Last week, there was some encouraging news on the unemployment front, when weekly jobless claims came in below 1 million for the first time since March. But this week, things took a turn for the worse.

Economists were initially hopeful when they saw that new weekly jobless claims had dipped below the 1 million mark, but this week's data gives us an unwanted reality check -- that we're still a long way from economic recovery, and that the need for boosted unemployment is imminent. 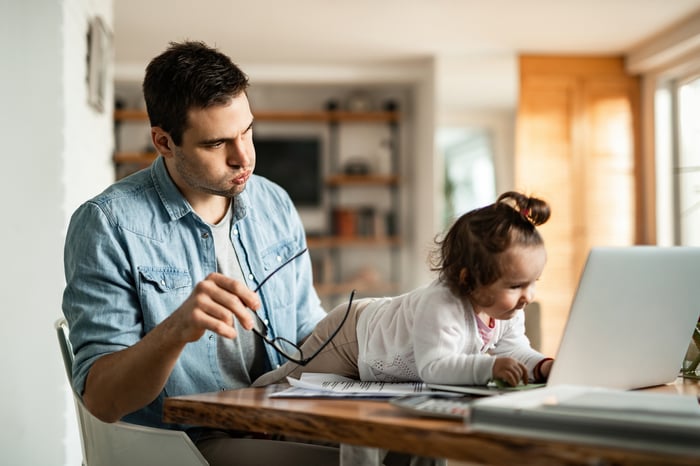 Earlier in the year, workers collecting unemployment were privy to a $600 weekly boost to their benefits, thanks to the CARES Act. That $600 boost, however, expired at the end of July.

Now, lawmakers have been working to come to terms on a second COVID-19 relief package to follow the CARES Act, but so far, they've reached an impasse, with boosted unemployment being the most notable sticking point. Democrats want to see a $600 weekly boost upheld through the beginning of 2021. Republicans feel that an extra $600 a week is too high and will discourage unemployed workers from seeking out new jobs. They've proposed a $200 weekly boost through September, after which time, unemployment benefits would replace 70% of jobless workers' lost wages.

In the meantime, President Trump is seeking to help the jobless stay afloat financially. Earlier this month, he signed an executive order calling for a $400 weekly boost to unemployment. But in practice, that will really amount to just a $300 weekly bump, because the president was initially looking to have individual states fund a portion of that boost, and many don't have the financial means to do so.

Of course, a $300 boost is better than nothing, but it may be short-lived. That boost is only available in states that are approved for Federal Emergency Management Agency (FEMA) funding. A handful of states have already applied and gotten approval, but since funding is limited, states are initially being granted just three weeks' worth of aid -- which means there's no guarantee jobless workers will get that extra money once those three weeks run out. Also, some unemployed workers won't be eligible for that $300 boost at all, because currently, it's not available to those collecting under $100 a week in jobless benefits.

If lawmakers manage to come to terms on a second COVID-19 relief package, it could set the stage for a steadier stream of boosted unemployment for a longer time frame. But right now, they seem to be deadlocked, which, unfortunately, is only hurting the public.