Please ensure Javascript is enabled for purposes of website accessibility
Log In Help Join The Motley Fool
Free Article Join Over 1 Million Premium Members And Get More In-Depth Stock Guidance and Research
By Dan Caplinger – Sep 1, 2020 at 10:56AM

It's not all about the videoconferencing platform provider.

Major benchmarks continued to gain ground on Tuesday, with most market participants pointing to extremely strong earnings results from videoconferencing giant Zoom Video Communications late Monday as the catalyst for further pushes into record territory. Once again, the rise in tech stocks like Zoom helped to lead certain indexes higher than others. Just before 11 a.m. EDT, the Dow Jones Industrial Average (^DJI -1.40%) was up 77 points to 28,507. The S&P 500 (^GSPC -1.91%) picked up 12 points to 3,513, and the Nasdaq Composite (^IXIC -2.62%) got a 110-point rise to 11,885. Both the S&P and Nasdaq are at all-time highs.

Even though Zoom played a key role in market bullishness overnight and into Tuesday, it wasn't the only stock posting gains. Eastman Kodak (KODK -2.25%) and Liberty Oilfield Services (LBRT 1.81%) were also among the top performers on Wall Street, and each of them had investors excited about their prospects for different reasons.

Shares of Eastman Kodak soared 29% on Tuesday morning. The former photography giant has tried to pivot toward a new specialty, but what drew attention to the stock today was an indication of interest from institutional investors on Wall Street. 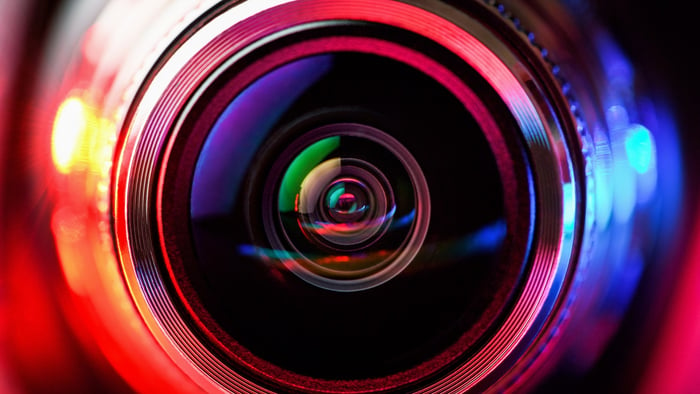 Hedge fund operator D.E. Shaw reported a new purchase of Kodak shares, taking a 5.2% stake in the company. That involved buying 3.94 million shares, as indicated in a disclosure with the U.S. Securities and Exchange Commission.

Kodak's stock is cheap enough that the acquisition isn't really all that big by hedge fund standards. Even at today's higher prices, Shaw's stake is only worth around $30 million.

Nevertheless, investors are enthusiastic about Shaw's expression of confidence in Kodak. The stock has been whipsawed, first climbing sharply on news of a government contract award and then plunging as controversy surrounding allegations of improper trading activity related to the award put the contract in danger. It looks as though Shaw believes that Kodak's move into pharmaceutical supplies might actually work, and shareholders are renewing their bullish bets on the stock.

Elsewhere, the energy market saw some activity. Shares of Liberty Oilfield Services soared more than 35% on news of a deal with an industry giant.

Liberty Oilfield came to an agreement with oil-field services leader Schlumberger (SLB 0.38%) that will create a much closer collaboration between the two companies. Under the terms of the deal, Schlumberger will contribute its onshore hydraulic fracturing business in North America to Liberty. In exchange, Liberty will give Schlumberger a 37% stake in the newly combined entity. If all goes well, the deal will close before the end of the year.

Liberty is excited about the move. CEO Chris Wright sees the combined company being a leader in innovation in helping energy exploration and production businesses complete wells using fracking.

Like most oil-field services stocks, Liberty has struggled throughout much of 2020. However, it's held up better than some of its peers. With the Schlumberger deal, all the company needs now is for oil prices to rise. If that happens, then the sky could be the limit for Liberty Oilfield.