Please ensure Javascript is enabled for purposes of website accessibility
Log In Help Join The Motley Fool
Free Article Join Over 1 Million Premium Members And Get More In-Depth Stock Guidance and Research
By Rich Smith – Sep 4, 2020 at 11:40AM

The DOJ may accuse Alphabet of operating a monopoly.

Everything tech related seems to be falling right now (sometimes for good reason). And in Alphabet's case, there may actually be a good reason for the decline. 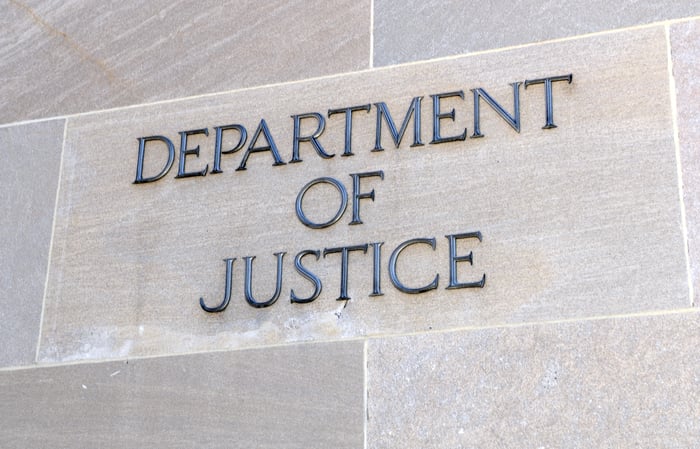 This morning, The New York Times reported that the U.S. Department of Justice (DOJ), acting in cooperation with "a coalition of 50 states and territories," is planning to launch an antitrust case against Google in the coming weeks.

The newspaper reports that some 40 lawyers have spent "nearly a year" preparing a case against Google showing "powerful evidence of anticompetitive practices." If the DOJ decides to proceed with the lawsuit, it's expected to allege that the company has "stifled new competitors and hobbled legacy industries like telecom and media," according to the Times report.

No final decision to file charges has yet been made, although it sounds like the Justice Department is approaching that point. In the best case (for Google), such a move could mean months or years of litigation, litigation expense, and distraction from the company's core business as it combats the DOJ's charges. In the worst case, a successful suit (for the DOJ) could result in fines, restrictions on business practices -- or even a requirement that Alphabet break up and divest some of its businesses.

No wonder shareholders are nervous.