Please ensure Javascript is enabled for purposes of website accessibility
Log In Help Join The Motley Fool
Free Article Join Over 1 Million Premium Members And Get More In-Depth Stock Guidance and Research
By John Rosevear – Sep 8, 2020 at 10:44AM

GM is taking a $2 billion stake and will provide the electric truck start-up with a lot of help.

Shares of electric truck start-up Nikola (NKLA -3.35%) were sharply higher on Tuesday morning, after the company announced that auto giant General Motors (GM -2.67%) is taking a $2 billion stake and will build its Badger electric pickup truck.

This is a huge deal for Nikola, which just checked off a whole bunch of boxes on its go-to-market to-do list. Here are the key points. 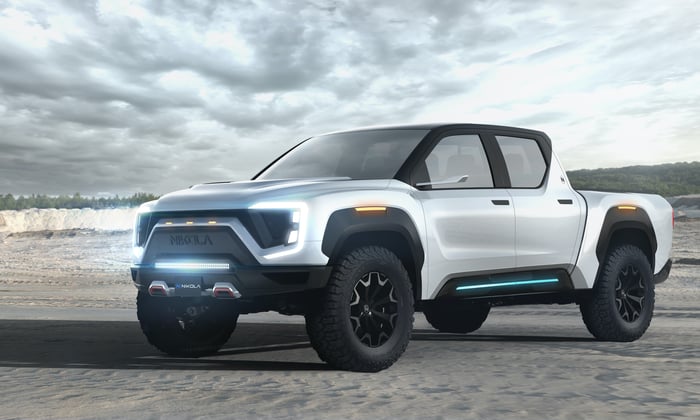 And here's what GM gets in return for engineering and testing services and access to its global parts bin.

Note that GM is not investing any cash in Nikola in return for its stake -- and that Nikola doesn't have to pay GM any cash up front.

On paper at least, both companies stand to do very well here. Nikola estimates that it will save more than $4 billion in battery and fuel cell costs over the 10-year life of the GM deal, and an additional $1 billion-plus versus what it would have spent to engineer, validate, and begin manufacturing the Badger on its own.

For its part, GM estimates that it will realize a total of over $4 billion in benefits from the payments from Nikola, the added manufacturing scale to its battery and fuel-cell programs, the tax credits, and the potential appreciation of its Nikola shares.

For auto investors holding Nikola shares, this deal is a powerful validation of the company's business plan and technology -- and a big step toward getting its trucks to market. That's why the stock is surging today.