Please ensure Javascript is enabled for purposes of website accessibility
Log In Help Join The Motley Fool
Free Article Join Over 1 Million Premium Members And Get More In-Depth Stock Guidance and Research
By Adam Levy – Sep 23, 2020 at 10:30AM

A long period of holding out and several other factors favored Roku in negotiations.

Two months after its initial launch, Comcast's (CMCSA 1.54%) Peacock is finally available on Roku (ROKU 3.98%) devices. The deal came shortly after Comcast's NBCUniversal threatened to remove all of its TV Everywhere apps from Roku's channel store, sparking a new round of negotiations.

But don't think Comcast had the upper hand just because it was able to leverage its other streaming apps. The market clearly believes Roku got the better end of the deal, sending shares 17% higher after the announcement. Furthermore, the deal provides even more leverage in its ongoing negotiations with AT&T (T 0.44%) over HBO Max distribution. 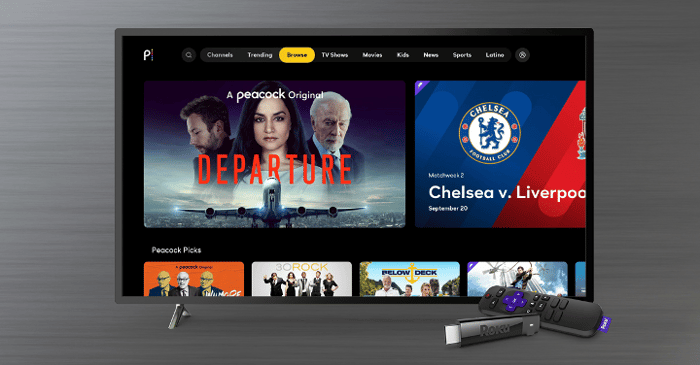 There are a few factors that favored Roku in its negotiations.

First, distribution is a bigger challenge for Comcast than marketing and content. CEO Brian Roberts shared Peacock had over 15 million sign-ups within two months of launching the service. And while that number's better than management was expecting, the challenge is engaging those consumers.

A lot of people will sign up for a streaming service on their phone or desktop, but the vast majority of streaming is done on TV sets. Comcast offers the Peacock app on its X1 set-top box for cable customers and Flex streaming box for broadband-only subscribers. And Comcast says Peacock is the second-most-popular app on Flex. But there are only 2 million households with a Flex device. That compares to 43 million active accounts for Roku.

Comcast has generated a lot of interest in Peacock, but it hasn't shared any details on how much consumers are watching. Roku is a key factor in driving engagement.

Second, more apps in negotiations gives Roku more ways to win. The expiration of Roku's previous deal with Comcast for its TV Everywhere was no doubt a catalyst to get a deal done. Roku hasn't been afraid to take a hard line with media companies in the past when renewing TV Everywhere contracts, and it likely came to Comcast with a boilerplate initial offer for renewal.

But Roku may have been willing to show some flexibility in its negotiations on the TV Everywhere apps in order to gain access to Peacock. Greater ad-shares from TV Everywhere could offset lower ad-share on Peacock, and vice versa.

Finally, premium video ad inventory, like that found on Peacock, is more valuable in the hands of Roku than Comcast. Though Comcast has a seasoned ad sales team and promising ad technology, Roku's one of the top sources for connected TV advertising, particularly on its own platform.

It usually makes sense for marketers to buy ads displayed on Roku devices through Roku's ad platform, even when Roku doesn't have direct control over the ad inventory. That's because Roku has a more complete picture of the audience. There's no reason to think that wouldn't be the case with Peacock ad inventory, which means Roku ought to be able to command a premium versus Comcast for the same ad inventory.

Getting HBO Max on Roku

With Peacock on board, HBO Max may not be too far behind. Negotiations with HBO Max are more complicated compared to Peacock because of its existing distribution agreement for HBO, which allows Roku to sell premium subscriptions in The Roku Channel. AT&T has shifted away from that type of distribution in its agreements with other distributors.

Beyond that, however, HBO Max distribution will look a lot like Peacock. AT&T plans to launch an ad-supported version of the service next year, and Roku undoubtedly wants a piece of that premium ad inventory. Using the Peacock agreement as a framework for what's possible, Roku can come to the table with a clearer understanding of what it can get from AT&T. And if AT&T wants to end its distribution through The Roku Channel, it'll likely have to cede greater revenue and ad share (possibly in WarnerMedia's TV Everywhere apps) or share more of its data with Roku in order to do so.

Having an agreement in place to distribute Peacock also puts the pressure on AT&T to get a deal done, as it's now the only major streaming service without a direct presence on Roku devices. That can play to Roku's advantage.

Roku's deal to distribute Peacock seems like yet another sign of strength for the streaming media company. After holding out for two months, it seems to have managed to find favorable terms that allow it to win.