The plan to merge with ChargePoint has investors excited.

ChargePoint and Switchback said last Thursday that their merger deal, modeled on other recent deals involving SPACs and electric-vehicle businesses, will effectively take ChargePoint public at a valuation of $2.4 billion.

Like other recent SPAC deals, this deal includes a so-called PIPE, for "private investment in public equity," in which investors including Ballie Gifford and funds managed by Neuberger Berman will invest a total of $225 million in the merged company's stock at an agreed-on price. 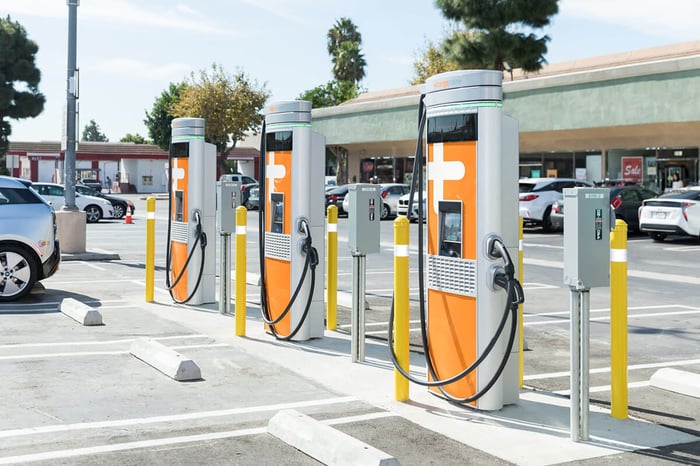 ChargePoint is one of the oldest and largest electric-vehicle recharging networks, with about 115,000 charging points around the world. The merged company will be called ChargePoint Holdings and will net roughly $493 million in cash from the deal, leaving it with roughly $700 million in total cash after the deal closes.

ChargePoint CEO Pasquale Romano, who will continue to lead the merged company, said that it will use the proceeds of the merger deal to invest in expanding its networks in North America and Europe.

Auto investors eyeing Switchback's shares should note that ChargePoint is well beyond the "start-up" stage. While it isn't yet profitable, it had $147 million in revenue in 2019, and it expects to be fully profitable by the end of 2023.

Assuming all goes according to plan, the merger deal is expected to close by the end of 2020.