It's been over three years since the company launched the Apple TV 4K (the set-top box), with little speculation about any upcoming updates. That hardware is becoming less relevant than ever. 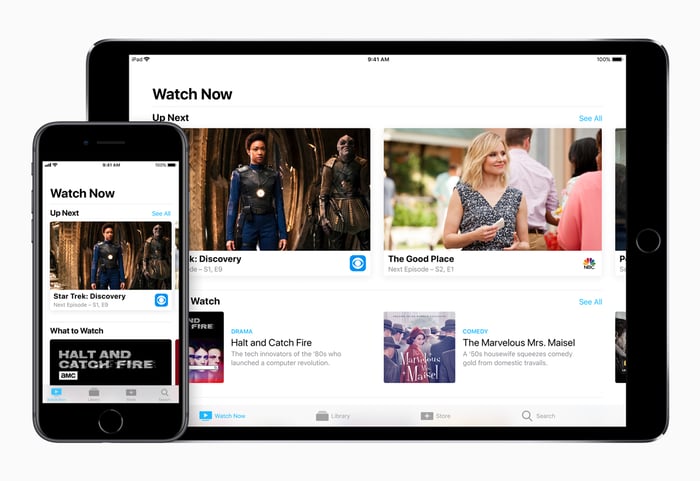 While the Apple TV set-top box has languished for years, the Cupertino tech giant has clearly shifted its TV strategy. Apple TV (the app) now spearheads Apple's presence in the living room.

Apple doesn't often make its services cross-platform, preferring instead to keep its offerings within its proprietary platforms for deeper integration of hardware, software, and services. Apple Music is one exception, as the music streaming service has long been available on Android. Apple TV (the app) is another one, as Apple has been aggressively expanding that platform to other operating systems.

You can buy smart TVs made by Samsung, LG, or Vizio that have the Apple TV app. It's available on Roku, the largest streaming TV platform in the U.S., as well as Amazon's Fire TV. Apple is now reportedly targeting gaming consoles next. Windows Central reported this week that Apple is collaborating with Microsoft to bring the Apple TV app to Xbox consoles, while 9to5Mac says that the company is also working with Sony to add the service to PlayStations.

Beyond the app, Apple has even been expanding availability of AirPlay, the feature that allows users to beam content to another screen. The technology is also available on third-party TV sets, and Roku is preparing to incorporate Airplay into its own streaming players. AirPlay used to be another reason to buy an Apple TV (the set-top box).

In other words, there aren't many reasons to buy an Apple TV (the set-top box) these days, particularly since the device is considerably more expensive than competing streaming players.

For the longest time, Apple referred to Apple TV (the set-top box) as merely "a hobby," and the product has never been a meaningful sales driver. CEO Tim Cook disclosed in 2015 that Apple had sold about 25 million units cumulatively, with no formal disclosures since.

Meanwhile, Apple has been concentrating its efforts on growing its services business in recent years, including last year's launch of Apple TV+. The company cares far more about adding more paid subscriptions, and supporting other non-Apple platforms is the best way to do that for Apple TV (the app).