The video game retailer could be gearing up for a pivot, and its stock hasn't been this exciting in years.

Shares of GameStop (NYSE: GME) jumped by 52.7% in September, according to data from S&P Global Market Intelligence. The video game retailer's stock got a big boost thanks to news that an activist investor had taken a substantial stake in the company and was proposing a new direction for the business. 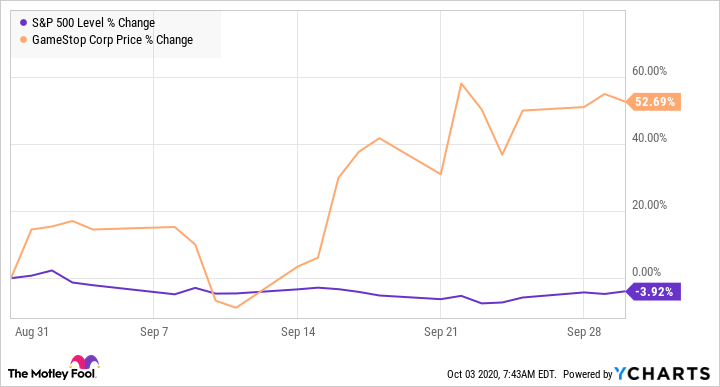 GameStop submitted filings with the Securities and Exchange Commission at the end of August showing that RC Ventures had upped its ownership position in the company to 9.6%. RC Ventures, which is led by former Chewy CEO Ryan Cohen, then filed an updated disclosure on Sept. 21, showing that the investment firm had further increased its stake in the video game retailer to 9.98%.

The disclosure that RC Ventures had upped its stake in GameStop was followed by a report from Bloomberg stating that Cohen would push for it to reinvent itself as an e-commerce company with a focus beyond the gaming and pop-culture spaces.

The report also indicated that Cohen and RC Ventures were willing to take an even bigger equity position in the company. It stated that Cohen would like to see GameStop expand to sell a much wider range of goods online and emerge as a potential competitor to Amazon.

GameStop shares have given up some ground in October. The company's stock is down by roughly 5% in the month so far. 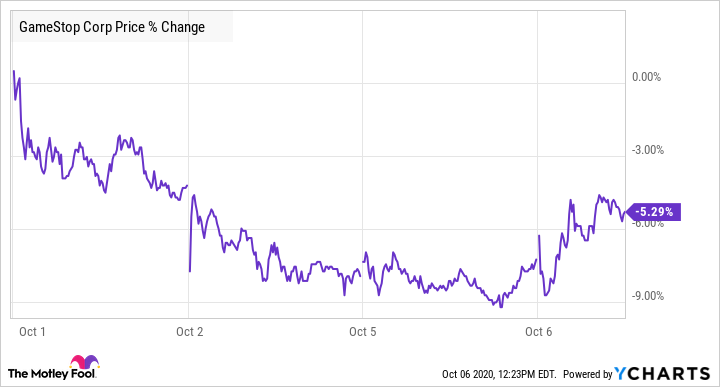 GameStop shares will likely remain volatile as discussions continue about the company's potential e-commerce pivot. The stock could also swing as news emerges about the sales performances of the soon-to-arrive next-generation consoles.

In November, Sony will launch its PlayStation 5, while Microsoft will debut its two next-generation Xboxes -- Series X and Series S. That hardware ought to give GameStop a sales boost and put it in a better position to pursue transformation initiatives. The company's core business, which depends heavily on the sale of new and used video game software, is being eroded as digital distribution of games continues to gain popularity. Cohen may have spotted a potential new path to growth for the company, but whether it can evolve from a niche retailer into an e-commerce player with a wider focus remains to be seen.

GameStop has a market capitalization of roughly $616 million -- about a tenth of this year's expected sales.