The chip company is raising prices with its new chips as it gains an upper hand on Intel.

With its first few generations of Ryzen desktop CPUs, chip company Advanced Micro Devices (AMD -1.42%) was aiming to catch up to its larger rival Intel (INTC -2.79%). The third-generation Ryzen 3000 series, launched in mid-2019, largely accomplished that goal, although Intel retained a single-threaded performance advantage which made its chips ideal for gaming.

Intel's biggest selling point for PC gamers will be gone when Ryzen 5000 series chips become available for purchase on Nov. 5, at least if AMD's numbers are to be believed. But gamers will have to pay up for AMD's new products. 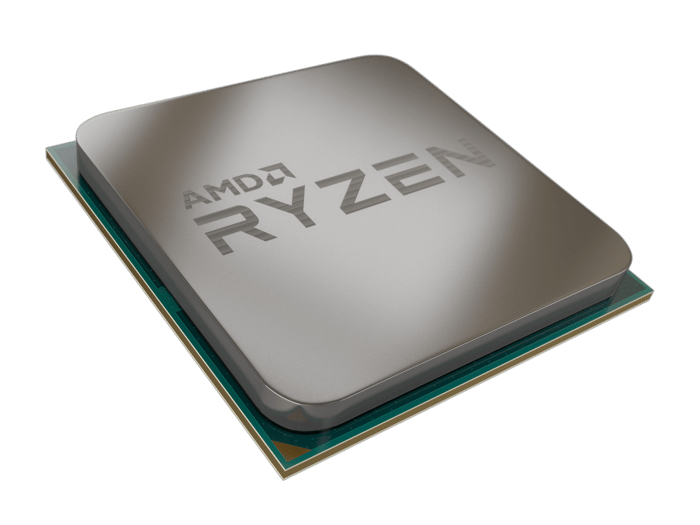 The notable thing about last year's Ryzen 3000 series chips was the pricing. The six-core, 12-thread Ryzen 3600 had a suggested price of $199, and the 12-core, 24-thread Ryzen 9 3900X was priced at $499. For use cases where single-threaded performance isn't critical, Ryzen 3000 offered a compelling value proposition.

Those price premiums buy customers more performance, but they got that extra performance for nothing in previous Ryzen generations. The Ryzen 3600, for example, carried the same price as its predecessor despite substantial performance gains.

AMD's willingness to raise prices indicates that it's confident it can continue to win market share from Intel at higher price points. Intel's desktop processors have been hamstrung by the company's persistent problems with its 10 nm manufacturing process. The company's current lineup still uses its 14 nm process, and its upcoming Rocket Lake desktop processors set to launch in the first quarter of next year are also expected to be 14 nm parts.

While Intel's 14 nm process is heavily optimized at this point, the 7 nm process from Taiwan Semiconductor Manufacturing that AMD uses for its Ryzen chips has erased the manufacturing edge Intel once had. Rocket Lake is expected to be based on a new architecture which should bring meaningful performance improvements, but it will arrive months later than AMD's Ryzen 5000 series.

The potential for higher margins

Boosting prices could certainly help AMD's profitability. The company has made good progress increasing its gross margin over the past few years, driven by a growing focus on premium products and a mix shift away from lower-margin game console chips thanks to surging demand for PC products.

The Ryzen 5000 launch also comes at a time when sales of PCs are booming. PC shipments surged nearly 13% in the third quarter due to the pandemic, the highest growth in more than a decade. This growth was concentrated in the laptop market, but the data only includes sales of pre-built systems. A sizable chunk of the desktop PC market is comprised of do-it-yourself systems. Given that sales of video game products are also soaring due to the pandemic, demand for gaming desktop PC chips is likely strong right now.

On the other hand, AMD's new chips will launch into a highly uncertain economic environment. The U.S. economy has lost millions of jobs due to the pandemic, a winter wave of COVID-19 could force new economy-crippling stay-at-home orders later this year, and the prospect of additional economic stimulus is unclear. Elevated demand for PCs and gaming products may not last if something close to the worst-case scenario plays out.

Four generations in, Ryzen is proving to be a powerful weapon in AMD's quest to chip away at Intel's market share. Intel will fight back early next year with Rocket Lake, but AMD appears to have a clear advantage with its Ryzen 5000 series.