Walt Disney's (NYSE:DIS) business was not immune from the various governmental COVID-19 restrictions imposed, despite its sprawling media empire spanning the globe that provides diversification. Its fiscal third-quarter revenue and earnings, which ended on June 27, felt the impact.

With COVID-19 cases on the rise in many U.S. states and in other countries, everyone hopes a vaccine will become available soon to alleviate the pandemic. Several drug makers and other institutions are in various stages of development on a vaccine. But right now, no one knows the timing of a potential vaccine, or its effectiveness..

While attention is turning to the election, the virus will still continue no matter who's the president and which party controls Congress. Therefore, reasonable investors can ask themselves whether they should hold off buying Disney's shares until authorities approve a vaccine. 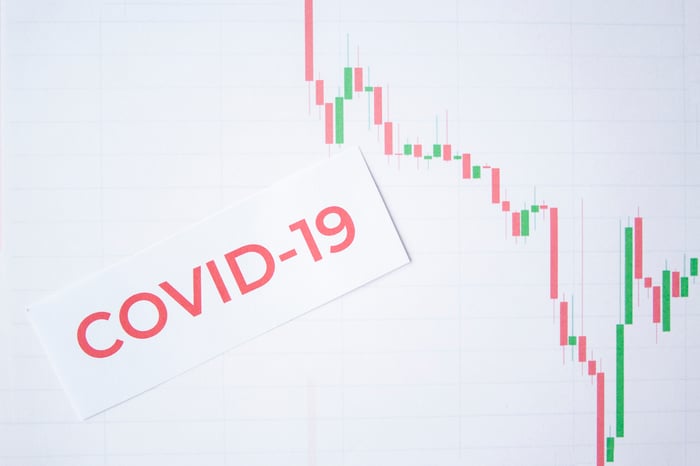 Before answering that question, let's take a look at Disney's various businesses. It has a media division, which is composed of cable networks like the Disney Channel and ESPN, and the ABC network. Studio entertainment includes major motion picture studios Disney, 20th Century Studios, Marvel, Lucasfilm, and Pixar. There is also the parks, experiences, and products segment, which includes the theme parks and cruise line. This division also sells merchandise, including through its own retail stores, Lastly, there is the direct-to-consumer and international operations. This houses the streaming businesses, such as Disney+, ESPN+, and Hulu.

With the virus causing governments to issue stay-at-home orders and social distancing guidelines, Disney's third-quarter revenue fell by 42% to $11.8 billion, and its adjusted earnings per share dropped by 94% to $0.06.. Yet the pandemic has affected many of these businesses to different degrees. Disney's parks, experiences, and products business was the most heavily impacted since it had to shut down its theme parks, close retail stores, and curtail cruises. The segment's revenue dropped by 85% from $6.6 billion to $983 million. Its studio entertainment segment, hurt by the lack of film releases, was also significantly impacted. This business saw revenue drop to $1.7 billion, less than half the total from the year-ago period.

However, on the bright side, its media networks segment experienced only a 2% revenue drop to $6.6 billion, and the direct-to-consumer and international business saw a 2% revenue increase to $4 billion.

So, COVID-19 stung Disney's revenue and operating profit. However, it wasn't devastating to its quarterly results. Even better, as governments open up venues to the public, albeit at different rates, Disney will benefit.

Its studio business could continue feeling the pinch with movie theaters forced to restrict seating capacity. However, Disney has found a way to push out content and draw more subscribers to Disney+, which is rapidly growing in popularity. For instance, it released Mulan straight to the service, charging people an extra $30 if they want to view it for the first three months. Then, you can see the movie as part of your subscription. It also plans to release Soul, a Pixar film, straight to its streaming service.

These steps should continue to increase the number of Disney+ subscribers, which stood at 57.5 million at the end of June. This is quite a jump from the 33.5 million it had three months earlier.

Still, its theme parks remain challenging. While there are restrictions and you need a reservation, Walt Disney World has reopened. However, other parks, such as the one in California, remain closed.

While results are likely to remain sluggish, Disney has been adapting to the difficult times. Its stock price remains down 13% this year, and it is always difficult to time short-term market directions. However, this blue-chip company offers patient investors a compelling opportunity to own great assets that will produce strong returns over the long haul.