A positive note from an investment bank about the biotech caught investors' attention.

Shares of Cassava Sciences (SAVA -0.25%) jumped by as much as 26% in pre-market trading Friday morning. The pre-revenue biotech's stock took flight after a positive note from investment bank Cantor Fitzgerald.

Specifically, Cantor Fitzgerald set a $24 per share price target on the biotech's stock Thursday after the closing bell. For those of you keeping score at home, that implies a whopping 172% upside potential from the $8.83 level where Cassava's shares closed on Thursday. 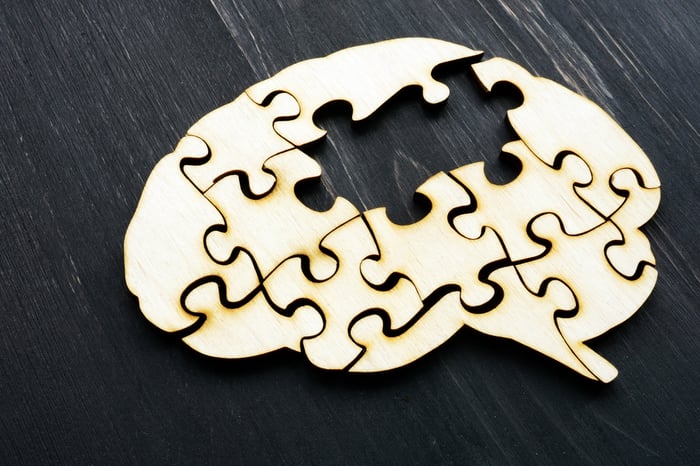 Cassava's main attraction for investors is its experimental Alzheimer's disease medication known as sumifilam. Last month, the drug hit the mark in a mid-stage trial, paving the way for a forthcoming pivotal stage 3 study. What's important to understand is that a novel Alzheimer's drug would easily achieve mega-blockbuster status (greater than $5 billion a year in sales) upon approval.

There are two fundamental reasons underlying this healthy sales forecast. First off, more than 5 million Americans currently suffer from Alzheimer's disease. Secondly, the neurological disorder has proven to be a particularly tough nut to crack for biopharma. There are no drugs approved for it that are considered disease-modifying. Viewed within this context, Cantor Fitzgerald's noteworthy price target seems more than reasonable -- that is, assuming the company can succeed where so many others have failed.

The missing piece of the puzzle with this clinical-stage biotech is its ability to pay for sumifilam's pivotal trial. At last report, the biotech had a mere $25.3 million in cash on hand. That's a woefully inadequate bankroll for a phase 3 trial, which can easily cost several hundred million dollars. That doesn't mean that Cassava can't solve this problem, but investors should keep this key risk factor in mind before buying shares.

Should Investors Worry About the Federal Investigation of Cassava?
401%