Shares of Agenus (NASDAQ:AGEN), a clinical-stage immunotherapy company, rose by as much as 9.2% during the first half of Monday's trading session. The drugmaker's stock perked up in early morning action today in response to the news that the first COVID-19 patient had been dosed with agenT-797, an off-the-shelf cell therapy designed by its subsidiary AgenTus Therapeutics. The trial will evaluate the therapy in patients with moderate to severe symptoms.

The trial is reportedly being led by Dr. Koen van Besien at Weill Cornell Medical College/New York Presbyterian Hospital. Agenus, in the same press release, also noted that the the Food and Drug Administration (FDA) had cleared the therapy to begin trials in cancer patients. The biotech's shares have cooled off as today's session has progressed, but they are still up by a modest 2.67% as of 1:43 p.m. EST. 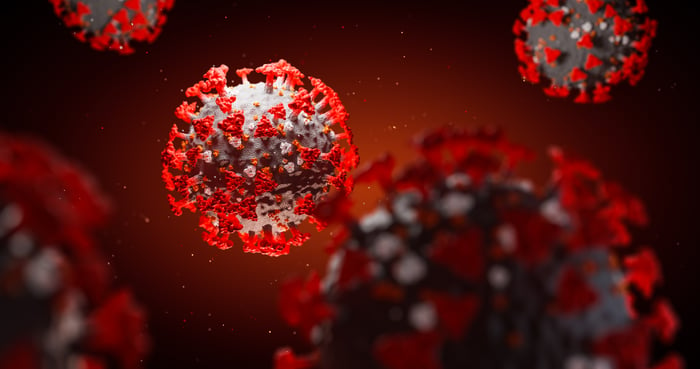 Despite a herculean effort by the biopharma community this year, an effective treatment for severe cases of COVID-19 remains elusive. Eli Lilly and Regeneron's respective antibody treatments showed no discernible benefit for this patient population, and Gilead Science's Veklury (remdesivir) is far from a panacea for hospitalized patients with severe illness. Agenus is thus pursuing a well-documented medical need with agenT-797 -- one that could perhaps be worth billions of dollars in future sales.

The first preliminary data from this small early-stage trial could become available as soon as April 2021, according to clinicaltrials.gov. The bad news is that Agenus will almost certainly have to run at second larger trial (a phase 2 trial) in order to apply for Emergency Use Authorization with the FDA. Therefore, investors shouldn't expect this intriguing clinical asset to have an impact on the biotech's top line until at least 2022.