With a big ballot-initiative victory in the rear-view mirror, Uber Technologies (NYSE:UBER) stock accelerated on Friday, just after the company unveiled its latest quarterly results. 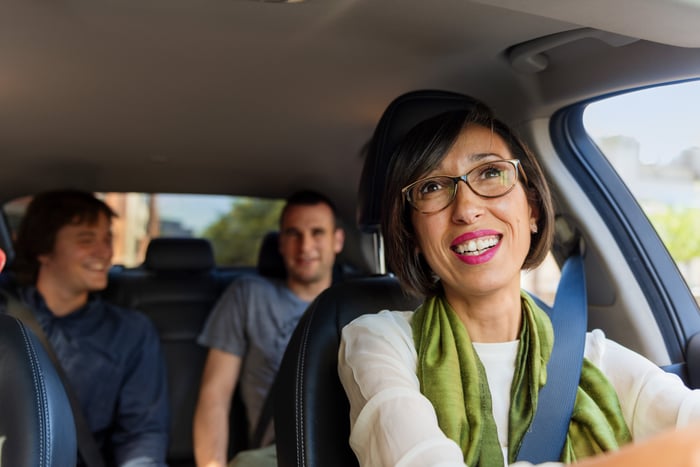 Both of those figures were slightly below analysts' consensus expectations. On average, the prognosticators were modeling for $3.2 billion on the top line and a deficit of $0.61 per share. However, bookings came in north of estimates, which stood at $14.49 billion collectively.

Naturally, Uber was negatively affected by the coronavirus pandemic, which kept a great many potential customers ensconced in their homes and off the road due to both voluntary and mandatory stay-in-place measures.

But there was a note of optimism from the C-suite. "Despite an uneven pandemic response and broader economic uncertainty, our global scope, diversification, and the team's tireless execution delivered steadily improving results," said CEO Dara Khosrowshahi.

He drew particular attention to the single-digit percentage decline in total gross bookings, which was due in no small measure to a dramatic 134% increase in delivery bookings. That growth, equating to over $4.89 billion, somewhat mitigated the $6.65 billion (or 53%) decline in the company's other key segment, mobility (i.e., rides).

With investors likely cheered by the not-so-bad decline in gross bookings -- especially following the company's victory at the ballot box in California, where the labor initiative it had promoted was approved by voters -- Uber's stock closed 6.9% higher on Friday.