Name the first electric car company that comes to mind. What did you pick?

Tesla (NASDAQ:TSLA), right? And yet, in China, the first electric car that comes to mind when consumers are actually ready to buy is not a Tesla but a tiny electric car made by a General Motors (NYSE:GM) joint venture. The car costs just $4,300 and has a top speed of 62 mph and a driving range of just 105 miles, according to The Wall Street Journal (WSJ). 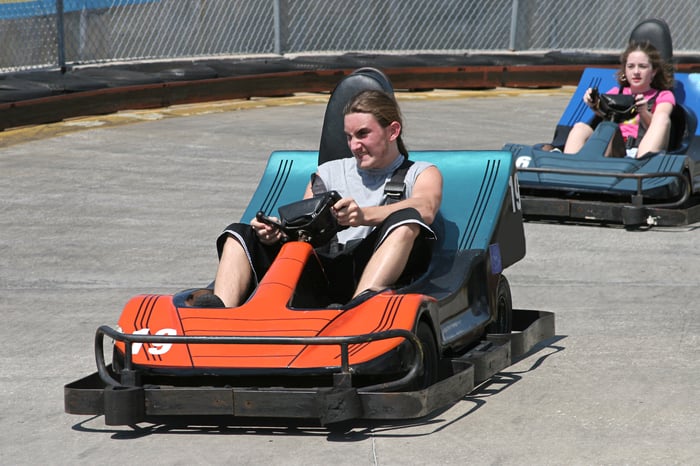 Ladies and gentlemen, we have a winner! And it isn't Tesla. Image source: Getty Images.

Priced at barely a tenth of the cost of a Tesla Model 3, the Hong Guang Mini EV manufactured by GM's local "Wuling" brand has become China's best-selling electric vehicle. In contrast to Tesla vehicles, which are favored by wealthy buyers in China's bigger cities, the WSJ reports that the GM car is taking rural China by storm by targeting less affluent buyers in the country's interior.

In the quarter ending Oct. 31, GM has sold 55,781 units of the Hong Guang Mini, 58% more than Tesla has sold Model 3s. (Aside from Tesla and GM, by the way, everyone else is an also-ran. Combined, these two car models command nearly 25% market share in China).

GM produces the Hong Guang Mini in cooperation with joint venture partner SAIC Motor, so it has to split the profits it makes on the Hong Guang Mini. But even so, we're talking about a lot of potential profits here. Total revenues on GM's EV probably approach $240 million for the quarter in question, and the WSJ says the electric car market in China doubled year over year in this period.

GM shares are up 4% in afternoon trading response to the news. Tesla shares are down 2%.