AT&T (NYSE:T) will release its entire 2021 slate of film simultaneously on HBO Max and in theaters. The move is seen as a way to offset the low box office receipts WarnerMedia expects to continue throughout 2021 by increasing subscribers for HBO Max. But there's an important piece many investors are missing that could help boost the payback of the unprecedented strategy.

WarnerMedia is still in a negotiation deadlock with the most important company affecting the success of HBO Max: Roku (NASDAQ:ROKU). 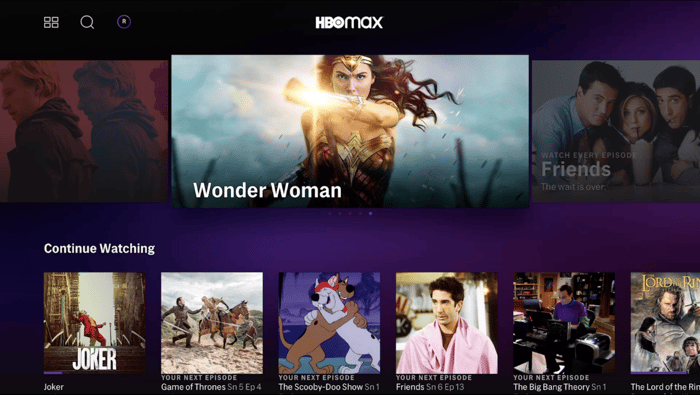 Tilting the odds in its favor

WarnerMedia has been unable to get Roku to budge in negotiations to put the HBO Max app on its platform. For the most part, there's been no catalyst that's encouraging subscribers to activate their subscriptions. AT&T tried to force a switch by removing the legacy HBO apps from Roku and Amazon (NASDAQ:AMZN) Fire TV devices, but customers paying Amazon or Roku directly could still stream in their respective channels' apps. However, without compelling content on HBO Max, most subscribers don't even know about it or don't care enough.

So far, activations have been tepid, standing at just 8.6 million out of 28.7 million eligible subscribers. Fewer than 20% of households subscribing to HBO through their pay-TV provider have activated HBO Max.

The release of Wonder Woman 1984 in a few weeks may be the first piece of content on HBO Max that drives people to sign up or activate their subscriptions. And with the entire 2021 release schedule premiering on HBO Max, there will be a dozen more compelling reasons to stay subscribed through the year until the company can debut more original series.

Combined with a recent deal WarnerMedia got done with Amazon, it could put pressure on Roku to agree to WarnerMedia's terms.

Getting a favorable deal done with Roku is the most important thing WarnerMedia can do for the long-term success of HBO Max. Without Roku, and its 46 million accounts (most of which are in the U.S.), HBO Max will never grow as big as AT&T outlined at its investor day last year.

But more importantly, establishing favorable terms now lays the precedent for AT&T in future negotiations with Roku and ensures it gets to keep more of its subscription revenue, ad sales, and user data. That will pay dividends well beyond 2021. And if domestic box office sales are anything like this year, it's not a massive sacrifice to begin with.

AT&T aspires to grow HBO Max to 50 million domestic subscribers, and another 25 million to 40 million subscribers throughout the rest of the world, by 2025. Management has said its video strategy is centered on HBO Max and its new multichannel product, AT&T TV.

Considering the importance of HBO Max to the company's overall business, getting the best possible terms with the most important domestic streaming distributor ought to be its top priority. Leveraging its film studio productions to get that done could be worthwhile in the long term, considering the six-month-plus stalemate WarnerMedia's found itself in.

Roku doesn't have to lose for WarnerMedia to win

It's important to note that Roku isn't necessarily going to come out a loser if it gives up some ground to WarnerMedia in its HBO Max negotiations. If WarnerMedia is able to improve its standing in negotiations by showing improved consumer demand thanks to its film release plans, ultimately that will drive more people to Roku's products. In other words, a smaller piece of a bigger pie isn't necessarily a bad deal.

The bigger losers are the theater chains, and investors rightly punished their stocks on the news of WarnerMedia's release plans. The push by WarnerMedia and other media companies to offer more content direct to consumers through streaming actually increases the value of platforms like Roku.