Investors expect the biggest name in coffeehouses to come out of the coronavirus contagion in better shape than before the health crisis began.

By almost any measure, Starbucks ( SBUX -0.53% ) should have been one of the pandemic's most-punished stocks. And for a brief while, it was. Shares of the coffeehouse chain plunged more than 40% between February's peak and March's trough when COVID-19 started to spread within the United States.

The stock rebounded more than 100% from that March low, translating into a year-to-date gain of 17%. A $1000 investment in Starbucks at the beginning of this year would be worth $1172 as of Monday's close. All things considered, that's not a bad outcome for a consumer-facing company. 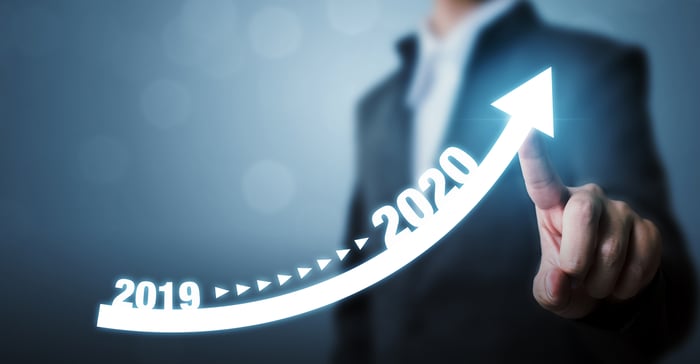 Don't read the wrong message into the surprising gain. Revenue for the fiscal year ending in September fell 11.3% thanks to COVID-19-related shutdowns. Investors, however, are betting on a big rebound beginning in fiscal 2021, now under way. The consumer-facing company plans to launch a new sort of store concept CEO Kevin Johnson recently described as a "walk-thru," tantamount to a fast-food drive-thru in densely packed urban areas where pedestrian traffic is heavy. The company is also aiming to operate 55,000 locations by 2030, well above the nearly 33,000 Starbucks up and running right now.

Most of that store growth should take shape in China where rival Luckin Coffee ( LKNC.Y 5.43% ) has been more than a little down on its luck of late.