Renewable energy stocks certainly had a terrific 2020. As the year draws to a close, several top renewables stocks look set to crush the S&P 500 Index's return for the year. Whether you missed adding to your renewables portfolio or you simply want to grow it further, now could be a good time to do so. Brookfield Renewable (NYSE:BEP) (NYSE:BEPC) would be a great addition to your portfolio. Let's see why.

Brookfield Renewable is one of the world's largest renewable energy companies with operations across North and South America, Europe, and Asia. Its operations are diversified across all major renewable sources, including hydropower, wind, and solar, though nearly two-thirds of its portfolio is hydropower. That mix may, however, change soon, considering Brookfield's tilt toward solar energy. It recently announced a major agreement to acquire all of Exelon's distributed solar assets.

Brookfield Renewable has done an impressive job of growing its revenues over the years. In addition to organic growth, the company has made numerous asset acquisitions to fuel this growth. 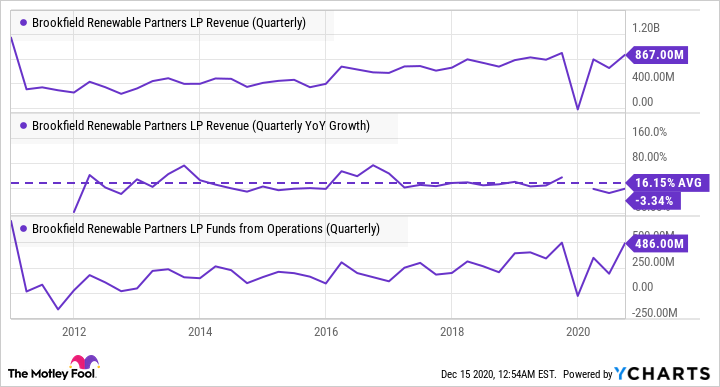 Brookfield Renewable continues with its growth initiatives. It completed the merger with TerraForm Power in July. The cash-accretive merger strengthens Brookfield Renewable's wind and solar businesses in Europe and North America. Additionally, it recently acquired a large solar project in Brazil, which is more than 75% contracted. In all, Brookfield Renewable agreed on transactions requiring $250 million of investments during the quarter. These investments should continue to fuel the company's growth in the coming years.

Over the next five years, Brookfield Renewable expects to grow its per unit funds from operations by more than 10%. It grew its FFO at a higher than 10% CAGR in the past decade.

Further, the company aims to deliver annualized total returns of 12% to 15% to its shareholders in the long term. This includes annual distribution (or dividend) growth of 5% to 9% from organic cash flow and projects. 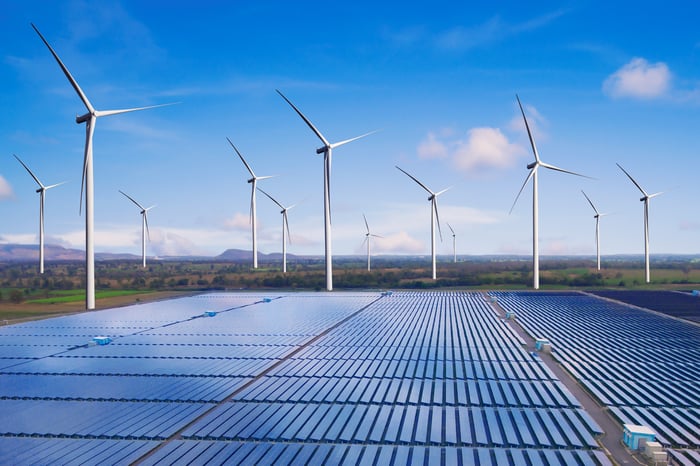 Finally, Brookfield Renewable is well-placed to benefit from a global push toward renewable sources of energy and their falling costs of generation. 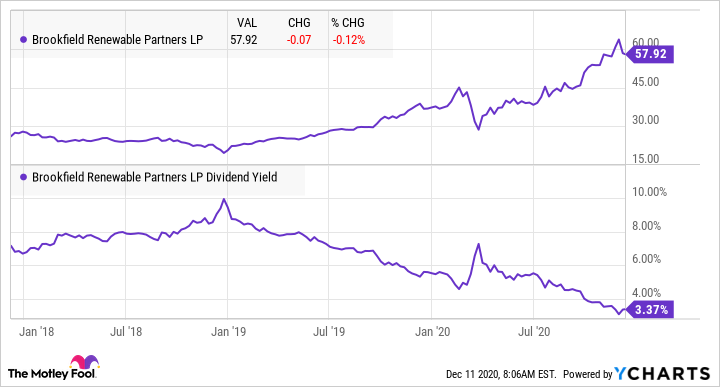 In the long term, the company aims to pay around 70% of its funds from operations as dividends. This allows it to retain sufficient funds to grow its operations.

Brookfield Renewable is trading at a higher valuation compared to its peers as well as its own historical valuation. Its EV-to-EBITDA ratio of around 34 times is higher than its peers. It's also higher than its own 5-year average ratio of around 17 times. However, Brookfield Renewable has historically commanded a premium valuation due to its superior performance. 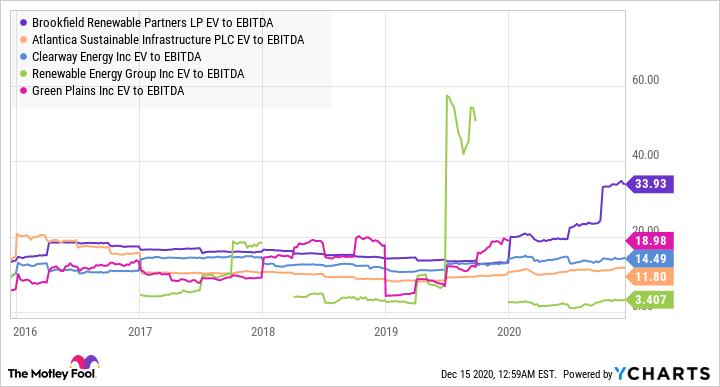 As the above graph shows, its average multiple over five years is much higher than its peers. Diversified operations, a track record of dividend growth, growth targets, and a favorable environment for renewables mean that the stock could very well continue to command a premium valuation in the future too. Coupled with its more than 3% yield, it's a worthwhile stock to add to your portfolio this month.