Ending the year on a bullish note, shares of Plug Power (NASDAQ:PLUG) rose 29% in December, according to data from S&P Global Market Intelligence. With temperatures falling through the month, this fuel cell leader stayed red hot as it capped off 2020, a year in which shareholders saw the stock skyrocket more than 973%.

In addition to the reiteration of Wall Street's optimism for Plug's shares and the general market ebullience for renewable energy stocks, investors added to their positions in response to the company's announcement of an expanded partnership with Walmart. 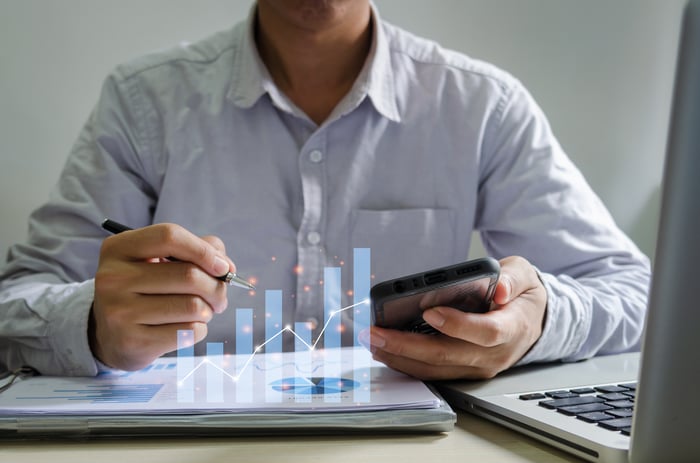 While shares of Plug moved considerably higher throughout 2020, analysts recently inspired hope that the stock's upward trajectory won't reverse course anytime soon. On Nov. 30, Craig Irwin, an analyst at Roth Capital, raised his price target to $30 from $22 and kept a buy rating on the stock, according to TheFly.com. The analyst's action is noteworthy considering that Irwin had raised his price target to $22 from $13 earlier in November.

Several weeks later, Stephen Byrd, an analyst at Morgan Stanley, hiked his price target to $38 from $14.50, representing about 19% upside from the stock's closing price that day.

The company's announcement of an expanded deal with Walmart, which relies on Plug Power for fueling services at 37 distribution centers, also gave investors more reasons to hit the buy button. Walmart will now deploy Plug Power's fuel cells to help with its e-commerce distribution network.

The recently passed stimulus bill provided yet another catalyst, even though tax incentives benefiting the fuel cell industry were absent from the legislation. Investors interpreted the general commitment of more than $2 billion toward modernizing the power grid as an auspicious sign -- especially with the presumption that a Biden administration will also benefit the renewable energy industry.

While longtime Plug Power shareholders probably felt vindicated that their patience had paid off, it's important to remember that the stock's rise wasn't reflective of a significant improvement in the company's financials. Consequently, investors considering Plug Power as a way to gain exposure to renewable energy should proceed with caution and recognize the significant risks involved.