Please ensure Javascript is enabled for purposes of website accessibility
Log In Help Join The Motley Fool
Free Article Join Over 1 Million Premium Members And Get More In-Depth Stock Guidance and Research
By Rachel Warren - Jan 16, 2021 at 7:07AM

These revolutionary stocks are no-brainer buys.

2020 was one crazy ride for investors, and the market's explosive gains could be far from over. Nearly 10 months into the pandemic, the handful of golden eggs that rose to the top of the pile last year are continuing to impress shareholders -- and they could be set for a new streak of growth in 2021.

If you want to juice up your stock portfolio in the New Year, you've come to the right place. Let me start off with the reminder that there's no way to predict with certainty what the market will do in the coming months. The following three growth stocks have serious bull-run potential for 2021. But they're also fantastic companies to build a bulletproof investment portfolio around for any market environment. 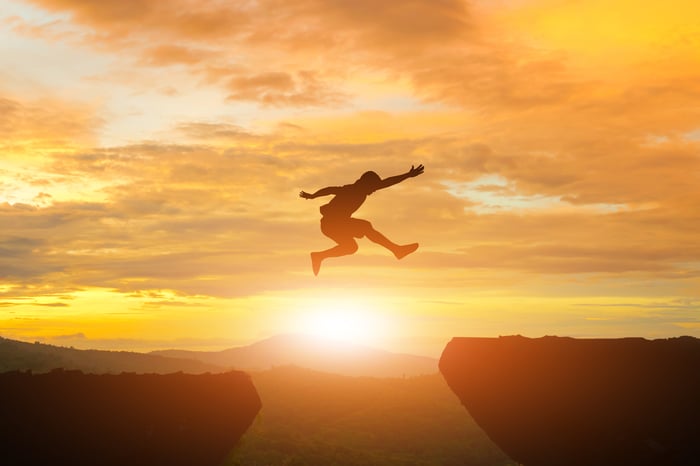 Telemedicine has flourished throughout the pandemic, but its popularity was already soaring before the coronavirus hit. Teladoc Health (TDOC 2.56%) was known for its growth well before last year. The onslaught of patients and doctors turning to virtual care due to COVID-19 has only grown its dominance in this lucrative sector.

Prior to 2020, Teladoc's share price didn't fluctuate significantly. But last year, the stock rose by roughly 140% as the company proved its innate recession-resilience and demand for its services skyrocketed.

Telemedicine is forecast to grow at a compound annual growth rate (CAGR) of 16% between 2020 and 2030, according to market data firm Prescient & Strategic Intelligence. Teladoc is the top provider of telemedicine services in the world, with a global outreach that extends to nearly 200 countries and tens of millions of members. The company's ability to deliver exponential growth in line with the telehealth industry's broader gains undoubtedly makes it one of the most compelling buys in today's market. It's not a stretch of the imagination that Teladoc's share price could soar even higher this year, bringing exciting growth to shareholders' portfolios.

Graphics processing giant NVIDIA (NVDA 5.08%) more than doubled investors' money in 2020, and the company could easily make another run this year. Shares of the company have risen by roughly 107% in the trailing 12 months, causing the stock to reach a lofty price-to-earnings (P/E) ratio of 83.

NVIDIA's revenues stem from four primary business divisions -- its data center segment, gaming segment, automotive segment, and professional visualization segment. The company is no stranger to meaningful revenue growth. In fiscal 2018 and fiscal 2019, the company grew its revenues by 41% and 21%, respectively. Although NVIDIA's revenues declined by 7% in fiscal 2020, the company closed the final quarter of the year with 41% revenue growth. And during the first three quarters of NVIDIA's fiscal 2021 (ended April 26, Jul. 26, and Oct. 25), high demand for its products along with record growth in its gaming and data center divisions brought about year-over-year revenue surges of 39%, 50%, and 57%.

NVIDIA's notable presence in the graphic processing unit (GPU) industry is one of the reasons it's fared so well even as supply chain lags and economic headwinds have affected the revenues of its top competitors.

Furthermore, NVIDIA is ideally positioned for remarkable growth over the next five to 10 years as this industry expands. According to Allied Market Research, the GPU market is anticipated to generate a CAGR of 34% between 2020 and 2027, achieving a total global market valuation of approximately $201 billion by the end of the forecast period. Outside of its established footprint in the GPU market, NVIDIA's continued expansion of its business model, most recently with its foray into software-based subscription packages, shows that the company's ready to meet the changing tide of consumer demand with a clear diversification strategy.

Investors who like dividends will also be glad to learn that NVIDIA pays one. Although its yield is a modest 0.1% based on current share prices, the company paid out nearly $100 million in shareholder dividends in the third quarter of its fiscal 2021 alone.  NVIDIA has plenty of liquidity to work with ($10.1 billion) and far less in short-term debt ($998 million), so its dividend looks safe.

Analysts also think that NVIDIA can keep up its above-average revenue growth. They're forecasting 22% average annual earnings growth for the company over the next five years alone. Investors looking for a top-notch tech stock to buy should take a look at this golden egg.

Another reliable stock is identity and access management company Okta (OKTA 4.71%), which has seen its shares spike by more than 100% from last January to now.

Okta continues to expand its global outreach. Most recently, the company launched its Identity Cloud products on the Amazon Web Services (AWS) marketplace, a move that added more than a quarter-million new potential customers to Okta's network. In the third quarter of the company's fiscal 2021 alone, the company grew its total calculated billings 44% year over year. And management is expecting the company to achieve 40% revenue growth in its fiscal 2021.

Okta's cloud-based products are go-to business tools for everyone from Fortune 500s to small businesses to government entities. In the modern digital revolution, Okta is perfectly poised to meet the demands associated with changing trends in the way people do business and an increasingly remote workforce.