It's a tricky time to start investing. Here a few ground rules to get you on the right track.

If you just opened up a new account on Robinhood or another stock trading app, congratulations. You've taken the first step on what's hopefully a lifelong journey of saving money and generating wealth.

In the wake of a massive short squeeze executed by traders on Reddit's Wall Street Bets forum, new investing accounts appear to be surging. According to data from Semrush, a digital marketing platform, searches for trading apps have nearly tripled in the last few days as the sudden surge of GameStop (GME -3.56%) stock and others has captivated many.

Before you take the plunge and put your nest egg to work though, here are a few tips to keep in mind. 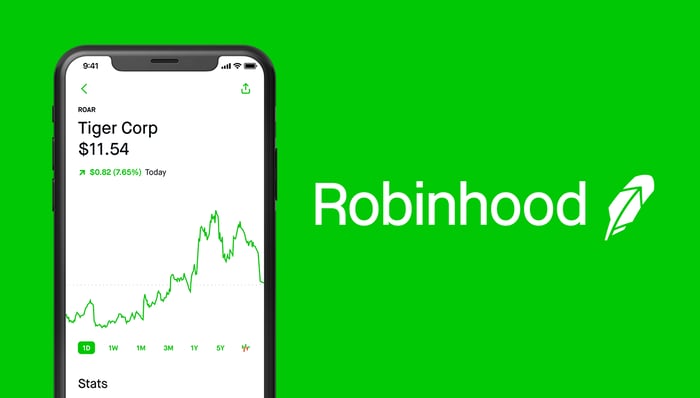 1. Last week was not normal

There are a lot of adjectives you could use to describe what's happened with GameStop and other heavily shorted stocks that have skyrocketed -- bonkers, unprecedented, even dangerous -- but it's anything but normal.

A group of traders has pumped up the prices of stocks like GameStop and AMC Entertainment (AMC -8.03%) to force short sellers into buying back stocks, forcing prices higher, but it also resembles a typical pump-and-dump scheme where a group of traders conspires to lift a stock and then sell it when it reaches a certain point, leaving someone less fortunate holding the bag. This kind of speculation is sometimes known as the greater fool theory as traders buy a stock on the mere presence that someone will come along and pay more for it.

Already, traders have reported losing sums in the six-figure range on Twitter, and those are the ones who have admitted making a mistake -- the vast majority of those who got burned are likely to stay quiet about it. A decision by Robinhood and other trading platforms to prevent new purchases of GameStop and other highly volatile stocks on Thursday added to the chaos, and the recent surge in the stock could easily come undone next week as the winners will eventually want to pocket their gains. Eventually, the story will move on from the headlines and these stocks will fall back to near their fundamental value.

If you're planning on buying GameStop or AMC, which I don't recommend, don't invest more than you're willing to lose, remember the psychological impact of loss aversion, and don't use margin; that is, borrow money from the brokerage to invest.

2. In fact, this whole past year hasn't been normal

The S&P 500, an index that tracks 500 of the biggest publicly traded companies, is up 66% since it bottomed last March. The tech-heavy Nasdaq has nearly doubled since its low then, and the small-cap index Russell 2000 has more than doubled. It's been a historic run, and one that rewarded investors handsomely along the way.

However, that surge has made the market frothy even before the recent mania, and 2020 featured breakouts in sectors like electric vehicle stocks and renewable energy stocks that are difficult to justify based on fundamentals, or the actual performance of the business. For example, Nio, the Chinese electric car maker, jumped more than 1,100% last year and has continued to rise. It's now worth more than General Motors, one of the world's biggest automakers, even though it produces just a fraction of the vehicles that GM does.

The pandemic has created opportunity in a number of sectors, including cloud computing and e-commerce, and dozens of stocks have doubled or even tripled in the last year. Some of that is justified, in stocks like Zoom for example, but the overall sentiment that "stocks only go up," in the words of Barstool Sports Founder Dave Portnoy, has led to a feeling of euphoria among investors. And that, like the more recent surge in GameStop, will eventually end.

3. The best investors are boring

If you opened your Robinhood account for entertainment, you're better off finding a new hobby. Investing can be fascinating, challenging, frustrating, and even thrilling, but it works best when it's played as a long-term game, and that's mostly boring.

The best investors like Warren Buffett aren't busy trading in and out of positions all day long. They find quality stocks and hold on to them for the long term. By doing so, you benefit from having compound interest working for you. Buffett's Berkshire Hathaway (BRK.A 0.10%) (BRK.B -0.03%) has grown its stock by 20.3% each year from 1965 to 2019. That may not sound impressive, but over 55 years that track record of growth has turned $100 into more than $2.5 million.

While it may seem appealing to take a swing at GameStop when the stock is bouncing up and down by 100%, your odds at success are much stronger by allowing the growth in the stock market to work for you over the long term.