Please ensure Javascript is enabled for purposes of website accessibility
Log In Help Join The Motley Fool
Free Article Join Over 1 Million Premium Members And Get More In-Depth Stock Guidance and Research
By Sushree Mohanty - Feb 9, 2021 at 6:20AM

Its stock price has gone sky high so far this year -- but has Aurora really done anything to merit the boost, or is it a fluke?

Canada-based Aurora Cannabis (ACB 4.75%) tried proving to investors that it could recover in 2020. But it offered more words than actions. First, it promised to hit positive earnings before interest, tax, depreciation, and amortization (EBITDA) by the second quarter of fiscal 2020, then moved that goalpost to the second quarter of fiscal 2021 (with results due on Feb 11). Granted, Aurora did implement some drastic cost-cutting strategies by shutting down unproductive facilities in 2020. But its failure in achieving EBITDA targets dragged down the stock 68% last year, while the Horizons Marijuana Life Sciences ETF's fell only 9%. But the stock is already up over 60% since the start of 2021, leading many investors to ask: What gives?

Aurora's financial situation is not allowing the company to plan any growth strategies or launch new products. Considering at its focus on cutting costs and failed attempts to achieve positive earnings, it becomes highly difficult to trust Aurora to achieve true growth this year. But let's take a look at what has Aurora done so far and what its plans are to prove that its stock price deserves to stay on the up-and-up. 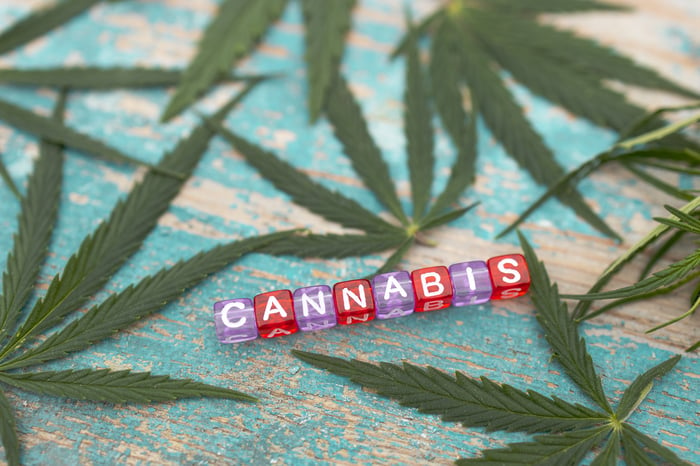 Aurora stated in the press release that EBITDA losses could improve from Q1. However, the fact that the company has been prolonging hitting its EBITDA targets for so long makes it hard for investors to keep faith in its efforts. Furthermore, Aurora continues to dilute its shares to raise capital. Missing profitability targets and reaching new levels of dilution usually doesn't sit well with shareholders. It is generally a sign that the company is failing to raise capital through any other means.

Aurora hasn't resorted to a strong partnership deal to bolster its financials, like a few of its peers have done. Canopy Growth sealed a deal with U.S. beverage giant Constellation Brands in 2017 keeping its pockets deep enough to weather market storms.

Failing to raise capital and attain profitability is tying the company's hands to launch any new products and boost revenue growth. Aurora's focus is still on the medical cannabis market in Canada and internationally, while peers are ramping up the production of cannabis derivatives. Derivatives are typically high-margin recreational products like vapes, edibles, chocolates, beverages, and concentrates. Canada legalized these in Oct. 2019 as part of "Cannabis 2.0" legalization.

Aurora stated in the press release that its new strategy is "back to basics," which will focus on the key profitable Canadian consumer categories could delay achieving positive EBITDA. All of these factors suggest that profitability is still a long shot.

If this is all true, what is pushing Aurora's stock upwards this year?

After a disastrous 2020, in which Aurora failed to fulfill all of its promises, it seems to have started 2021 on a high note. Its stock is up 61% so far compared to the industry benchmark's gain of 81%. Unfortunately, the stock movement has not much to do with Aurora's performance. Marijuana stocks seem to have started the new year on a positive vibe. 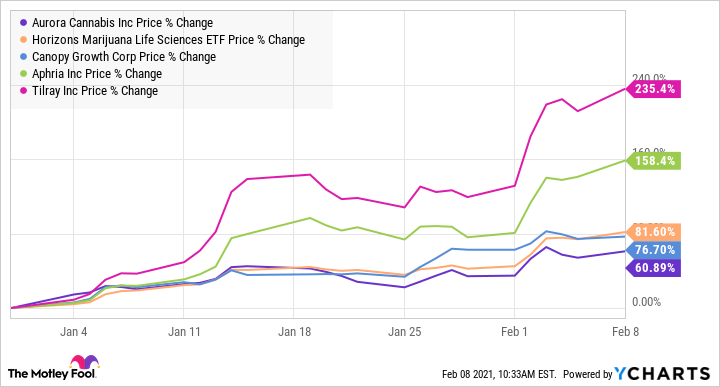 Constellation Brands' constant faith in Canopy Growth and in the cannabis industry gives investors' hopes that the company has high potential. Not to mention the mega-merger deal between two major Canadian companies Aphria and Tilray.

The marijuana industry is being seen in a different light, especially with a new presidential administration in the U.S. Vice President Kamala Harris vowed that the administration would work to decriminalize the drug in a fall debate., giving investors hope that cannabis reforms could come sooner rather than later. These changes could benefit not only American cannabis companies, but also Canadian companies that wish to legally expand their operations into the U.S.

While other marijuana companies are striking while the iron is hot, Aurora Cannabis has still a long way to go. Forget launching the high demand cannabis derivatives -- Aurora must focus on growing its revenues, keeping costs low, and achieving positive EBITDA as soon as possible.

We will know more about Aurora's strategies for this year when it reports its fiscal 2021 second-quarter results on Feb. 11. But I do not think Aurora can bounce back in 2021. It could take a few years before it can become a true growth stock. If you haven't already invested, my advice is to steer clear of the stock until it shows some solid revenue growth and profit numbers and proves that it has what it takes to rebound. Only investors with an especially strong stomach for risk and a long-term investment horizon should consider this cannabis pick.