Please ensure Javascript is enabled for purposes of website accessibility
Log In Help Join The Motley Fool
Free Article Join Over 1 Million Premium Members And Get More In-Depth Stock Guidance and Research
By Daniel Foelber - Feb 10, 2021 at 9:16AM

These energy sector leaders are poised for growth in 2021.

After shares of GameStop (GME -1.07%) experienced their massive run-up from levels in the neighborhood of $20 in early January to an intraday high of $483 a share late in the month, they have plunged back to around $50 a share.

Similarly, shares of AMC Entertainment (AMC -0.22%), which were trading in the $2 to $3 range just a few weeks ago, recently jumped to around $20 a share. Their surge was even shorter, and they've since fallen to less than $6 a share.

Those sagas aren't over yet, but these new trading schemes repeated at least one well-worn theme: Many of the young and inexperienced investors who hopped on the bandwagon later in the process lost a lot of money. It was mainly the early investors who profited from the wild swings they helped induce. 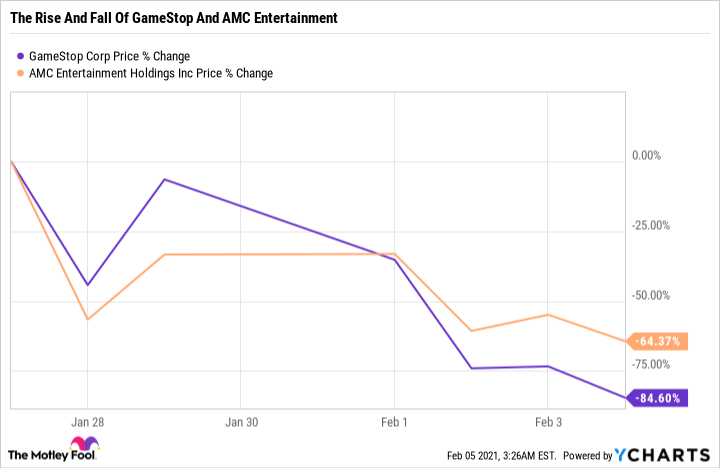 Getting tangled up in short-sales or trying to squeeze short-sellers by overpaying for a stock are risky strategies, and ultimately not worth it. Warren Buffett put it best when he said:

[B]eing short something where your loss is unlimited is quite different than being long something that you've already paid for. It's tempting. You see way more stocks that are dramatically overvalued in your career than you will see stocks that are dramatically undervalued ... securities will frequently sell for five or 10 times what they're worth, and they will very very seldom sell for 20% or 10% of what they're worth. Therefore, you see these much greater discrepancies between price and value on the overvaluation side.

Instead of getting caught up in all the noise, it's better to stick to companies with strong fundamentals. And in my view, investors looking for solid dividend stocks that fit that description should consider NextEra Energy (NEE -0.12%) and Chevron (CVX 0.76%). 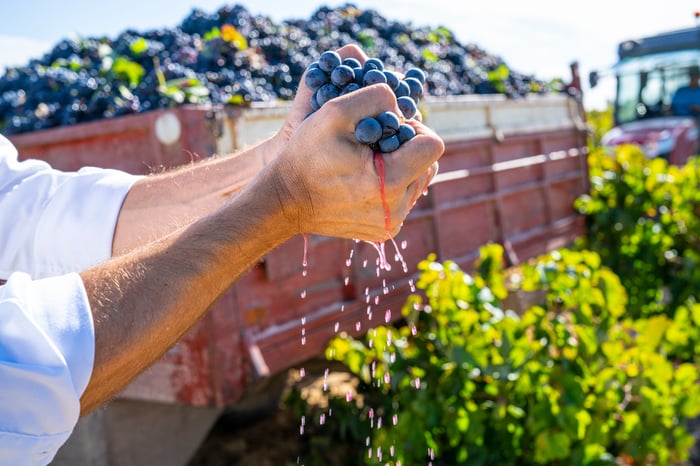 NextEra Energy has three business segments: Florida Power & Light (FPL), Gulf Power, and NextEra Energy Resources (NEER). The first two combine to give it the largest utility presence in Florida. NEER is its clean energy segment, and operates throughout the U.S. and Canada. Here's a breakdown of the company's 2020 results.

Although revenue fell, adjusted net income rose by 12.1% and adjusted earnings per share (EPS) increased by 10.5%. The company's adjusted EPS has risen from $0.66 in 2005 to $2.31 in 2020, a compound annual growth rate of 8.7%. Wall Street has rewarded that consistency. NextEra's stock outperformed the market over the last year, three years, five years, and 10 years. This is particularly noteworthy given that the S&P 500 Utilities sector index underperformed the market during each of those time frames.

NextEra's profitability is impressive, especially when you consider that its spending is at an all-time high. It has been one of the more aggressive utilities when it comes to investing in renewable energy. It already operates the largest portfolio of renewable energy generating assets of any utility in the U.S., and has continued to invest heavily in wind energy and solar energy. By current projections, the share of power it generates from renewable sources should exceed what it produces from fossil-fuel-fed power plants in just a few years. 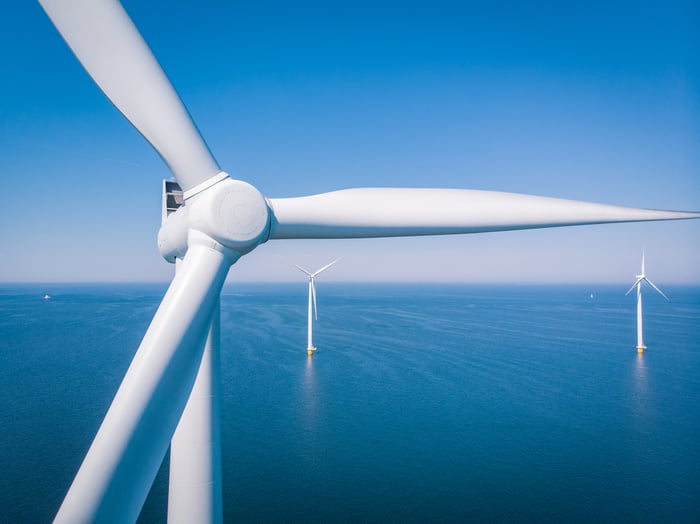 Lower oil prices and razor-thin refining margins sapped Chevron's earnings in 2020. But despite that, the oil giant was still able to distribute $9.7 billion to shareholders through dividends. It also raised its annual payout for the 33rd consecutive year, allowing it to retain its coveted spot on the list of Dividend Aristocrats.

Despite deploying 35% less capital in 2020 than in 2019, Chevron was unable to cover its dividend with free cash flow, so it took on debt to help meet its commitments. It also added $9 billion in debt due to its acquisition of Noble Energy. Chevron finished the year with $44.32 billion in total debt compared to $26.97 billion at the end of 2019. Even with the Noble acquisition, Chevron's net debt ratio is under 23%, within the company's target range of 20% to 25%.

The lower a company's net debt ratio, the less its capital structure depends on debt. Chevron calculates its net debt ratio by taking its total debt minus cash and cash equivalents, and dividing that figure by its total debt plus stockholders' equity minus cash. And despite the fact that it tacked on a fair amount of debt last year, management believes Chevron's balance sheet remains healthy. The company tends to sport the best balance sheet in the industry thanks to its capital discipline. Considering it got a good deal for Noble Energy by purchasing it in the midst of an energy sector downturn, Chevron's higher debt position shouldn't be cause for concern. 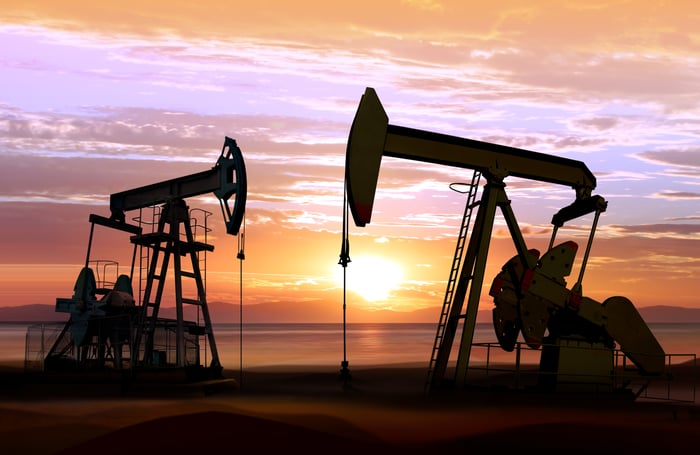 Chevron's asset sales and cost-cutting measures have reduced its breakeven price per barrel. Brent crude oil prices are currently over $55 per barrel and approaching $60 per barrel. The $50 threshold is crucial for Chevron. In an interview with Bloomberg, CFO Pierre Breber said:

... we're focused on capital discipline, cost management, we're focused on what we can control. Our cash flow breakeven to cover both capital and [the] dividend is less than $50 Brent even with weak downstream margins, so we've taken a lot of actions to show our shareholders that our dividend is sustainable and we can grow it even if oil prices stay below [$50 to $60 per barrel Brent].

Chevron produced 3.083 million barrels of oil equivalent per day in 2020 at an average Brent price of $42 per barrel. Forecasting an average Brent price of $50 per barrel in 2021, the company expects it can produce 3% more this year. This is mainly due to the acquisition of Noble Energy, which bolsters Chevron's Permian Basin production. In fact, the company expects it will cut its Permian legacy production by 5% in 2021, even if oil prices are higher.

With spending at a 10-year low, Chevron is taking a conservative approach. And rightfully so. This has been a difficult period for oil stocks. With Brent prices only 10% to 15% above the key $50 a barrel level, the company is more concerned with protecting its dividend and balance sheet than it is with ramping up production.

Choose what's right for you

NextEra Energy and Chevron are two good stocks for new energy investors. NextEra Energy is a balanced utility that generates predictable returns. It's a great entry-level stock for those looking for a low-risk alternative in renewable energy. Chevon is the most financially disciplined oil major. An average 2021 Brent oil price above $50 will help it regain its footing, likely allow it to grow its dividend, and pay down debt or expand production as it sees fit. If oil prices dip below that for a significant time, Chevron will be in for another difficult year. However, at current share prices, its dividend yields 6% compared to NextEra's 1.7% yield, making it a higher risk but potentially higher reward option. Both companies are leaders in their respective arenas, and look to be excellent energy stocks to buy and hold for years to come.