There's more good news for investors in the dry bulk shipping industry today, but it isn't being shared equally across the industry. By 3 p.m. EST on Tuesday, shares of Monaco-based Safe Bulkers (NYSE: SB) and Bermuda's Golden Ocean Group (GOGL -2.87%) were enjoying strong gains, up 7.3% and 16.1%, respectively. 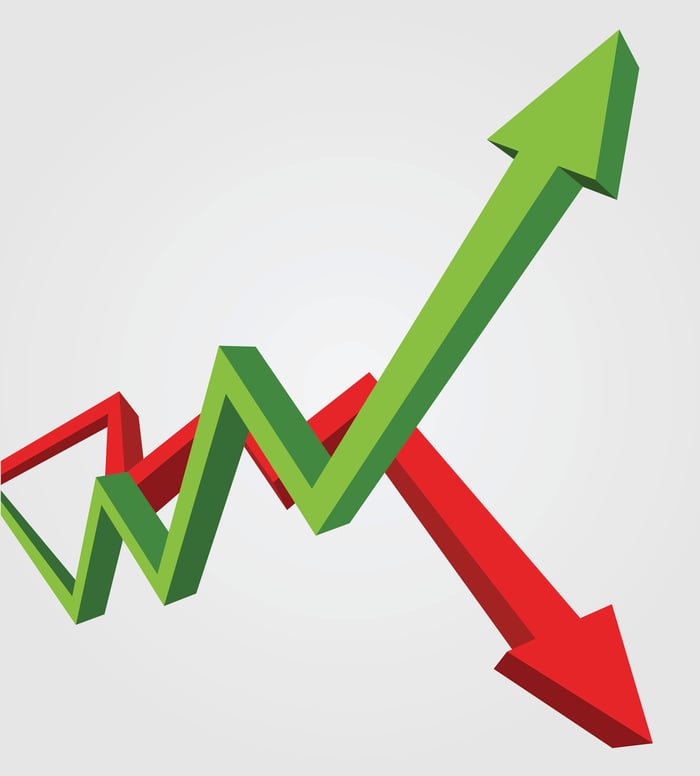 The ups are easier to explain than the downs this time around. On Monday, while U.S. stock markets were closed for the Presidents Day holiday, Safe Bulkers was reporting stronger-than-anticipated earnings for its fiscal fourth quarter. Instead of the $50.5 million in sales and $0.02 per share in profits that Wall Street had forecast, it collected $52.2 million in sales and doubled analysts' earnings prediction, at $0.04 per share.

What's good news for Safe Bulkers could be good news for Golden Ocean, too -- or so investors may be hoping. Last week, Golden Ocean announced that it will deliver its fourth-quarter earnings before the market opens on Thursday this week. Analysts aren't looking for much: only a penny more profit than Golden Ocean earned a year ago, perhaps, and 25% less revenue.

Then again, given how much better Safe Bulkers performed than anyone expected, you can't rule out an earnings beat by Golden Ocean as well.

This leaves Diana Shipping and Castor Maritime, which went down today when the other stocks rose. Last week, Diana stock enjoyed a big surge on hope that the cyclical shipping industry may be rebounding. Brokerage firm BTIG believes that Diana stock could double over the course of the year as the global recession recedes and shipments of dry bulk goods such as grain, coal, and iron pellets pick back up.

The latest data from the Baltic Exchange Dry Index appears to support that view, rising 5% in the last five reported days. But this same index fell nearly 30% from late January through early February, before blipping higher last week.

It may be too early to call this a trend just yet. And in case the rally in shipping rates stalls out, investors in Diana and Castor (up 90% and 850%, respectively, year to date through Friday's close) may be thinking now might be a good time to take some chips off the table,  and quit while they're ahead.

If that's what's happening today, Safe Bulkers' and Golden Ocean's rallies could be the next to fizzle.