Please ensure Javascript is enabled for purposes of website accessibility
Log In Help Join The Motley Fool
Free Article Join Over 1 Million Premium Members And Get More In-Depth Stock Guidance and Research
By Will Ebiefung - Mar 2, 2021 at 8:21AM

General Motors is one of the cheapest ways for investors to bet on the explosive electric vehicle opportunity.

With an average price-to-earnings (P/E) multiple of 39.7, the stock market is pretty pricey at the moment. Nowhere is this more evident than the electric vehicle (EV) industry, where companies like Tesla and NIO boast multi-billion-dollar valuations despite relatively low sales and profits.

General Motors (GM -2.12%) bucks that EV trend. This iconic American automaker is committed to an all-electric future, but its shares trade at a dirt-cheap valuation compared to its high-flying EV-only rivals. Let's dig deeper to see why GM is one of the top value stocks to buy right now. 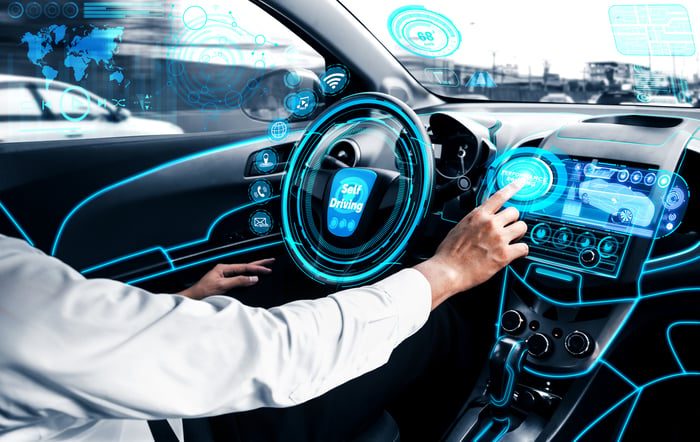 Consulting firm Deloitte expects EVs to represent 32% of new car sales by 2030 (roughly 31.1 million units), which would indicate a compound annual growth rate (CAGR) of 29% over the next 10 years. General Motors is one of the manufacturers at the forefront of this transition. The company plans to phase out petroleum-powered vehicles by 2035 and invest $27 billion by 2025 to develop its next generation of electric and autonomous vehicles.

GM's strategy is unique compared to its closest competitor, Ford. While Ford is leveraging its strong brands like Mustang and F-150 to build a niche for itself in the automotive space, General Motors is also heavily investing in EV products to serve non-automotive customers.

In January, the company launched a subsidiary called Brightdrop, a one-stop-shop for commercial delivery and logistics solutions. The business has developed an electric pallet-mover called EP1, a commercial van called EV600, and a cloud-based software platform designed to help clients track and update their vehicles. Brightdrop will begin delivering EV600 vans to FedEx this year and expects them to become more widely available in early 2022.

GM and Ford are both legacy automakers making convincing pushes into electric vehicles. But GM might have a tiny lead in valuation because it trades at 10 times forward EPS while Ford trades at 11. Yet GM's stock is stunningly undervalued compared to some big names in the industry.

Is GM undervalued? Or are Tesla and NIO overvalued? It's hard to say. But investors may have already priced in years (if not decades) of growth into the market caps of Tesla and NIO, making GM the clear alternative for value-conscious investors looking to bet on the EV transition. When investors catch on to this fact, GM's shares may not stay this cheap for long.