Please ensure Javascript is enabled for purposes of website accessibility
Log In Help Join The Motley Fool
Free Article Join Over 1 Million Premium Members And Get More In-Depth Stock Guidance and Research
By Billy Duberstein - Updated Mar 7, 2021 at 9:56AM

Are there still AI stocks that could be considered value plays?

The technology sector has been hit hard as of late, as the impending economic reopening has gotten more attention, and rising long-term bond rates have hit growth stocks particularly hard. As rates go up, future earnings are discounted more, harming valuations for growth stocks and increasing attention on value stocks that make profits today.

And yet, technology will still play an ever-increasing role in society even post-pandemic. That's doubly true for artificial intelligence (AI) applications. AI helps businesses make sense of their vast troves of data, glean insights, and react quickly in an automated fashion. As AI helps grow revenue and cut costs at the same time, it will be a mission-critical capability for any large company, even post-pandemic.

But are there really any AI stocks that still trade at reasonable valuations, and which can handle the market's current value rotation? The following three stocks all stand out in that regard. 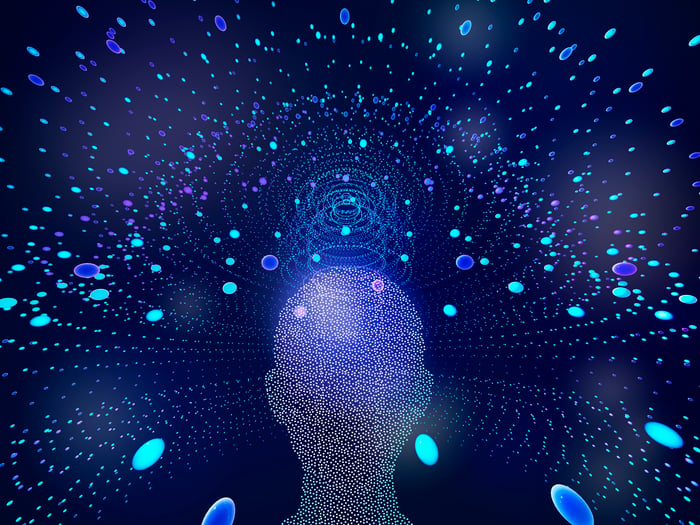 Despite the fact that Micron Technology (MU 3.85%) has nearly doubled over the past six months, it still appears to be a solid value. Micron was my favorite semiconductor stock heading into 2021, and recent gains haven't curbed my enthusiasm just yet.

Micron sells memory, one of the building blocks of computing and AI. In fact, servers designed for AI will use about six times the amount of DRAM as a typical enterprise or cloud server, and twice the number of NAND-based solid-state drives. Micron has the advantage of selling both DRAM memory, where it's one of only three large-scale manufacturers, as well as NAND flash, where it's one of only five.

Yet with prices fluctuating with supply and demand, the memory business is a highly cyclical industry, and the whole sector has been in a nasty downturn over the past two and a half years, leading to extremely cheap valuations compared with the rest of the technology space.

But just as industry booms lead to busts, busts also eventually lead to booms, and it appears we are entering boom times. After two years of pulling back on supply output and falling prices, it now appears we are entering a semiconductor shortage across many applications. According to the website DRAMeXchange, server DRAM prices could skyrocket over 40% this year.

Every technology transition increases bits and lowers costs per bit, so when you look at Micron's coming cost-reductions along with DRAM price increases, that's a recipe for healthy profits.

Management also just previewed its February quarter results at a recent industry conference, raising both revenue and profit expectations. However, memory cycles tend to last a matter of years. Shares trade at what seems like an expensive-looking 33 P/E ratio, but that is based on earnings in the trough of the cycle. The last upcycle saw Micron's EPS hit $11.51 in fiscal 2018, so at today's share price near $90, it's possible there's upside ahead, especially if Micron can make a higher cycle peak this time around.

Facebook (FB 1.83%) is actually an unlikely "value stock" candidate. It has received a lot of negative press lately around regulating hate speech as well as antitrust concerns. But it appears much of that is factored into the current stock price.

Facebook uses AI in various ways to power its business. Deep Text follows posts and commentary in order to bring users content they're interested in, and it targets ads based on interest. The company also uses AI in its auto-translate function, and businesses can use AI-powered chatbots on Messenger to communicate directly with Facebook users. The company even uses AI to weed out bad elements, such as hate speech, and to identify urgent red flags in suicide prevention. 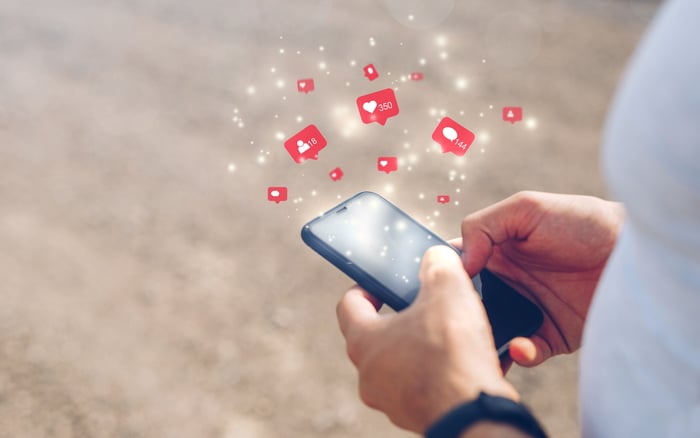 It just came off a banner year in 2020, with accelerating revenue growth in the fourth quarter. In the holiday quarter, revenue surged 33% and operating income was up 46%, as quarantining consumers engaged frequently on Facebook, connecting with small businesses advertising their wares on the ubiquitous platform.

Despite these amazing growth stats, Facebook's stock looks downright cheap. It currently trades at just 25 times trailing earnings and 23 times 2021 earnings expectations. And famed value investor Bill Nygren of the Oakmark Funds recently showed how Facebook is even cheaper than that.

Nygren highlighted its huge cash hoard, which is nearly 10% of its market cap. Also, he estimates WhatsApp is still not yet profitable, even though Facebook has quadrupled its users since acquiring it in 2014. And the company has made heavy investments in its Oculus VR/AR headsets, which Nygren estimates loses about $1 per share annually, but still has positive value based on its prospects.

Add all that up, and Nygren estimates "core Facebook" only trades at a mid-teens P/E ratio, quite a bargain in this market for such a dominant company.

An AI-oriented article wouldn't be complete without a semiconductor equipment stock, a subsector that's been absolutely on fire as of late. In this case, I'm going with the largest semiconductor capital equipment maker with the broadest portfolio, Applied Materials (AMAT 3.83%).

Semiconductor advancement, in processors and memory, is the very thing that enabled AI in the first place. However, many chip stocks thought to be leaders in this space trade at fairly expensive valuations, and could get hit amid rising rate concerns in this market environment. On the other hand, the stocks of the machines necessary to produce these miracle-working chips trade at much more reasonable valuations, and their prospects are no less bright.

Applied makes a wide array of machines used in semiconductor production, serving the foundry, DRAM, NAND, and even OLED display industries. Therefore, it looks like a strong candidate to benefit from increased semiconductor demand across a range of applications, including AI.

Better yet, Applied still trades at just 20 times this year's earnings estimates, quite reasonable for a highly profitable market leader with strong growth prospects. The company just recorded a quarter in which revenue surged 24% and profits grew 46%, trouncing analyst expectations. Management also expects the good times to continue amid this year's supply shortage, as well as the political imperative of developed nations to build up their own home-grown chipmaking capacity.

Applied Materials is also awaiting final approval for its acquisition of Japanese company Kokusai Electric, which still needs approval from China regulators. Should that close, Applied's earnings expectations would get yet another boost.