Please ensure Javascript is enabled for purposes of website accessibility
Log In Help Join The Motley Fool
Free Article Join Over 1 Million Premium Members And Get More In-Depth Stock Guidance and Research
By James Brumley - Updated Mar 7, 2021 at 9:56AM

These companies are not only the stuff of stories investors need to know, but may also be proxies for bigger industry trends.

Contrary to the common assumption, not all consumer goods companies are boring and predictable. Plenty of them create whole new industries, while others struggle with cyclical headwinds that have nothing to do with economic growth and contractions.

In other words, they're not all built the same.

With this as the backdrop, here's a rundown of four consumer staples names to keep tabs on this month. A couple of them have critical quarterly earnings reports coming up, while the other two are caught up in two different trends too big to ignore. 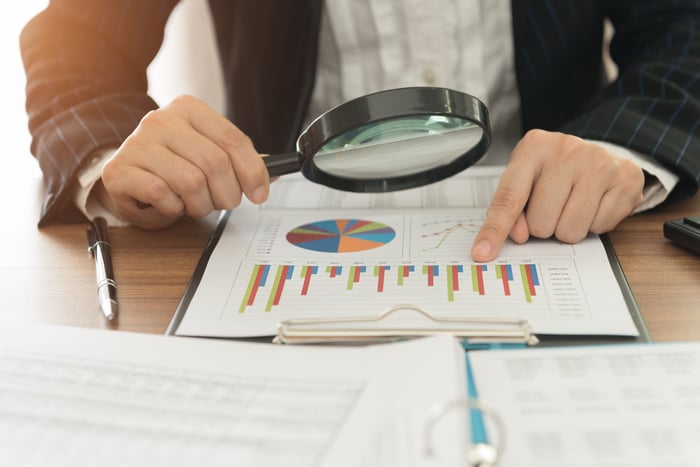 Food giant Campbell Soup Company (CPB -0.07%) is one of the two names with earnings news coming due. Its fiscal Q2 numbers for the three-month stretch ending in January will be posted on March 10.

You may recall Campbell topped its first fiscal quarter sales and earnings estimates, growing per-share earnings to the tune of 31% on the heels of a 7% year-over-year improvement of its top line. Guidance for the second quarter was disappointing, however, prompting concerns that the pandemic-fueled swell of demand may already be cooling. Campbell Soup expects sales growth of only around 6% and per-share profit growth of between 12% and 15%.

It's possible the company was simply lowballing expectations in order to ensure topping them. Shares are down 5% since that quarterly report, though, suggesting investors are taking Campbell Soup's modest outlook at face value.

What to watch: While onlookers will certainly want to compare the company's results to expectations, just as important will be how well Campbell Soup kept expenses in check. Marketing and administrative costs have grown at concerning paces since the coronavirus contagion took hold. If consumers don't continue eating at home once the pandemic ends, the company can't keep spending like it has been.

The pandemic may be complicating things for beer brewer Anheuser-Busch InBev (BUD 0.39%), but the company was facing headwinds before the pandemic got going anyway. For instance, most of hard seltzers' revenue has come from beer's previous piece of the market, and there's seemingly no end in sight to this trend.

Except, maybe, things are looking better.

Based on its revenue recovery in the second half of last year (after consumers figured out how to entertain themselves at home), Anheuser-Busch's CEO Carlos Brito believes this year's beer sales will "improve meaningfully" compared to last year's figures. Ditto for earnings.

What to watch: Brito may be optimistic, but his isn't an opinion being echoed by many analysts...at least not yet. They may be hesitant to endorse his theory, knowing it's too soon to say exactly how consumers will behave once the world puts the pandemic in the rearview mirror.

They may also understand that while Anheuser-Busch InBev is now better connected to the at-home consumer, margins on products packaged for at-home use are generally slimmer than margins on bulk sales. Investors will just want to see if anyone else starts singing the bullish beer chorus as loudly as Brito is.

Plant-based meat company Beyond Meat (BYND -4.43%) was doing just fine before COVID-19 disrupted...well, everything, and the contagion didn't really slow it down. Last year's top line was up 36.6% year over year, and that was before it inked branding and distribution deals with McDonald's and Yum Brands. Citigroup analyst Wendy Nicholson recently upgraded Beyond Meat because of these partnerships, saying they've prompted a "new-found enthusiasm for the longer-term story."

Curiously, though, Beyond Meat shares are still down nearly 40% from their January peak and still inching lower, now priced right where they were in the middle of last year despite the clear progress the company's made in the meantime. Indeed, the stock's now trading where it was in the middle of 2019.

Finally, Dollar General (DG -6.82%) will be serving up its fourth-quarter earnings report on March 18.

Value-minded retailers have performed exceptionally well during the pandemic, and Dollar General has been no exception to this trend. Year-to-date sales are up 23% through the three quarters ending in October, and operating profits are up nearly 70%. Analysts are modeling similar numbers for the upcoming report.

Dollar General and its competition are at something of a crossroads, however. This is the final quarter they'll be reporting year-over-year growth prompted by the coronavirus contagion. From here they'll have to fight to hold onto any growth they've mustered thanks to COVID-19, and it's not clear they can.

Bank of America recently downgraded most of the dollar store retailers on this concern, saying a reopened economy could work against these retailers in more ways than investors might realize.

What to watch: Dollar General hasn't been offering guidance of late, as the coronavirus contagion just makes things too tricky to do so. Don't look for this to change with its fourth quarter report either. Rather, investors will have to read between the lines of the rhetoric to gauge what's in store in terms of post-pandemic growth.

In this vein, know that Dollar General's still got lots of growth-driving initiatives, like more fresh produce and store remodels under way, which didn't get a great deal of attention in 2020. Those are the key to any plausible sustained growth.