Facebook and Alphabet have delivered impressive returns for investors over the last five years, but challenges are mounting. Each company is facing heightened scrutiny related to the spread of misinformation in the U.S., and new regulations in markets including the European Union and Australia could eat into each company's earnings. These big tech leaders are feeling the squeeze, but the broader technology sector still plays host to companies that have attractive growth prospects and the potential to deliver huge wins for shareholders.

To help readers identify promising companies, we put together a panel of Motley Fool contributors and asked each member to spotlight a tech stock that looks poised to thrive even as some industry leaders are coming under pressure. Read on to see why they think Zynga (ZNGA 6.94%), Pinterest (PINS 4.61%), and Magnite (MGNI 5.22%) have what it takes to be big winners. 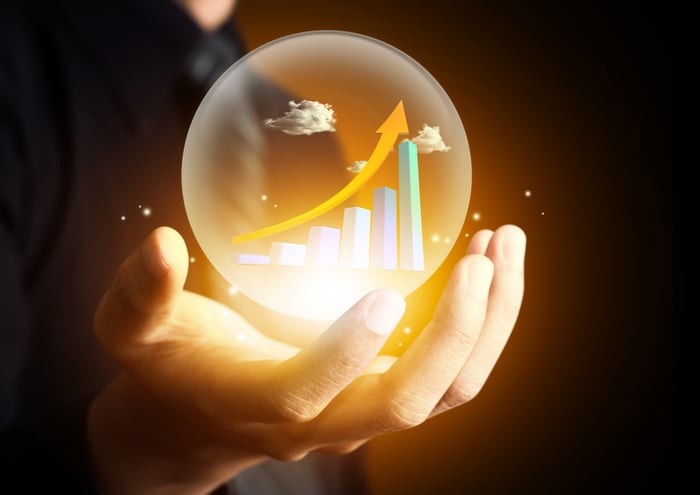 This stock has multiple ways to win

Keith Noonan (Zynga): It would be an understatement to say the tech sector is looking volatile right now. Between new regulatory hurdles facing industry giants, valuation concerns for the broader sector and the tech-adjacent electric vehicle space, and indications that a cyclical market shift into the energy and commodities space may be under way, technology investors have a lot to consider at the moment. While the tech sector may be primed for more volatility in the near term, Zynga stock stands out as a relatively low-risk play that could deliver big returns.

Zynga is a leading publisher in the mobile gaming space, and the company's impressive collection of video game development studios and franchises, strong balance sheet, and favorable industry outlook point to the stock being a long-term winner. Zynga used to generate the majority of its revenue from games hosted on Facebook, but the company has orchestrated a successful pivot to mobile platforms, and it's now well positioned to benefit from the growth of the global games industry.

Beyond ditching Facebook in favor of mobile, the company's successful comeback has had two core components: releasing content updates that extend the life cycle of hit games and acquiring new studios to accelerate growth. These two catalysts helped the company boost its bookings by 61% year over year in the fourth quarter, and it looks like Zynga's long-term growth story is just getting started.

In addition to big growth potential, Zynga may have relatively little downside risk -- an attractive characteristic amid current volatility for tech stocks. Acquisitions have played a big role in Zynga's recent success, but the company itself also stands out as a likely acquisition target. Industry leaders including Microsoft, Tencent, and Electronic Arts have been buying up video game publishers at a premium, and it wouldn't be surprising to see a larger company make a move to buy Zynga.

The depths of Magnite's sell-off is unwarranted

Jamal Carnette (Magnite): Shares of advertising technology company Magnite are getting hammered with the broader technology sell-off with shares plummeting nearly 40% in the last month. It's not surprising the stock would give back some gains (shares are still 250% higher than a year ago), but Magnite is also being unfairly punished due to an announcement from Alphabet.

Earlier Alphabet announced it would eliminate third-party cookies (web trackers) by 2022 and this week followed up with another statement that essentially ruled out any individual tracking in favor of broader anonymized APIs. In response, shares of companies championing the opt-in email-based cookie replacement Unified ID 2.0 -- The Trade Desk, Pubmatic, and Magnite -- plummeted.

As The Trade Desk's CEO Jeff Green pointed out, cookies only affect about 20% of data-driven ads today. More importantly for Magnite, cookies do not impact connected TV (CTV) advertising. In the fourth quarter the company doubled down on the format by acquiring CTV specialist SpotX. Combined revenue (SpotX and Magnite, pro forma) from CTV and video would have represented 67% of total revenue. Additionally, Magnite reported 53% year-over-year growth from CTV during the quarter.

Shares of Magnite were expensive prior to the recent plunge but now trade at 11.5 times revenue (including SpotX) and are mostly in a high-growth advertising vertical that will remain unaffected by Alphabet's announcements. Investors should put this on their watchlists and buy on any dips because Magnite could explode when the market correction ends and sanity resumes.

Joe Tenebruso (Pinterest): Not all social media platforms are hotbeds for political misinformation and hate speech. Pinterest is where people go to share inspiring content. The site seeks to help its users "create a life they love."

This positivity is clearly resonating with people. Pinterest added more than 100 million users in 2020. Its revenue, in turn, soared 48% to $1.7 billion, while its adjusted net income increased more than 15-fold to $283 million.

Pinterest sees itself as a "visual discovery engine." People can use its platform to search for images related to their passions. Pinterest's advanced artificial intelligence (AI) technology enables it to display relevant recommendations, some of which are advertisements. These digital ads are converting well for advertisers, partly because many of Pinterest's users are actively seeking to "go from inspiration to reality," the company says.

As marketers pull back their spending on sites deemed too controversial, Pinterest is poised to benefit. Advertisers are increasingly striving to place their ads on sites that make their prospective customers happy, so as to associate their brands with more positive feelings. Few social media sites do this better than Pinterest.

So, if you're looking for an alternative to Facebook or Google, take a look at Pinterest. You may just discover what you've been searching for.