An optimistic take on the stock wasn't the only factor driving shares higher last month.

After plunging 48% in January, shares of QuantumScape (QS 9.19%) rebounded in February and climbed 26%, according to data provided by S&P Global Market Intelligence.

Besides a positive take on the stock coming from Wall Street, investors responded to the company's announcement regarding its progress in developing batteries. 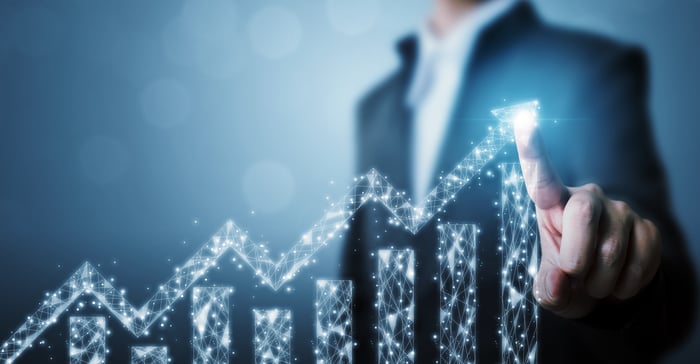 After the first week and a half of February, shares of QuantumScape were trading at about the same price -- $43 -- as they were at when the month began. And then Wall Street weighed in with a bullish case. On Feb. 11, Thefly.com reported that Adam Jonas, an analyst at Morgan Stanley, had initiated coverage on the stock, assigning an overweight rating and $70 price target -- a take that was especially noteworthy considering that a week earlier, Goldman Sachs had initiated coverage with a neutral rating and $42 price target. Investors certainly took note of Morgan Stanley's optimism. On the next trading day, shares closed 22% higher than where they had before Morgan Stanley's perspective was public. 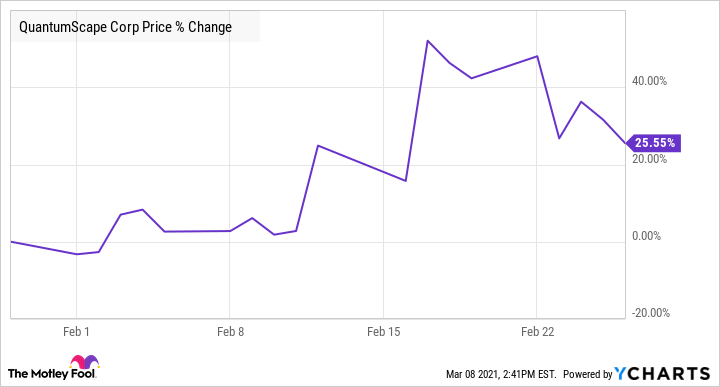 Another catalyst for the stock's rise last month came on Feb. 17, when the company reported fourth-quarter 2020 earnings. Rather than something auspicious regarding the company's financials, investors took note of QuantumScape's headway in gearing up for production of its solid-state batteries as it announced that it had succeeded in producing multilayer battery cells. Speaking to the company's success in producing the multilayer battery cells in a letter to shareholders, Jagdeep Singh, the company's founder and CEO, said, "While there is still a lot of work to be done and we could encounter new challenges as we increase our layer count, this is an incredibly important result, and we are excited to have this so early in the year." The achievement clearly signaled to investors that the company may be able to overcome the technical challenges in producing solid-state batteries that have bears skeptical of the company's future success.

While the pessimism that surrounded QuantumScape's stock in January appeared to wane in February, investors who find the company's drive to revolutionize EV batteries compelling should exercise caution. There are still plenty of hurdles for this growth stock to overcome before it proves the naysayers wrong.