The cloud stock's Everest-sized valuation needs time to cool off.

Snowflake (SNOW -3.63%) created cloud computing-based digital warehouses, allowing companies to store, access, and share data more easily, with less equipment and expense. That popular offering has led its stock price to skyrocket since its IPO -- but the current valuation seems unjustified even for an emerging technology company. 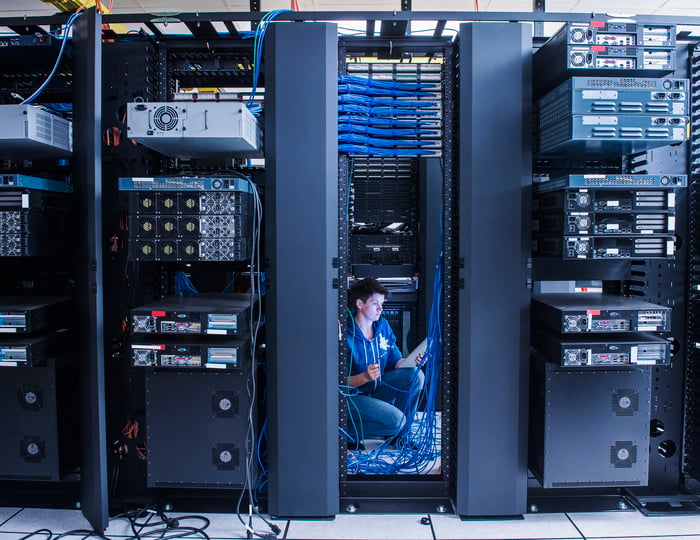 There is no question that Snowflake has earned the attention of investors. It has even secured agreements to offer its services on established cloud computing partners such as Amazon Web Services and Azure. Unfortunately, its potential comes with a sky-high valuation, and a level of risk to match.

High-growth companies like Snowflake often forgo short-term profitability and bottom-line metrics for long-term market share. Over the past year, the company recorded a large jump in stock-based compensation, as well as about $4 billion in investment expenditures. From the cash flow statement, it appears to be burning large amounts of cash in a short period in the hope of gaining repeat customers. The market expects these customers to continually spend more on the platform.

But the company's numbers thus far may not support its current astronomical valuation:

With the company still in hyper-growth mode, investors can easily understand why it isn't free cash flow positive yet. In fact, Snowflake made great strides in the past year to close the gap on its negative flow. The recent IPO raised enough cash to cover certain expenditures while still increasing other various spending. But even with that improvement, profit margins are still shrinking as administrative, sales, and marketing expenses rise. Simply stated, the company will need to hire additional personnel with larger overhead as it continues to expand.

Those metrics should make potential investors wary. High-growth technology stocks have seen significant declines lately, but Snowflake still maintains a P/S ratio over 100. By comparison, other highly valued cloud-computing companies such as Cloudflare (NET -3.98%) and Salesforce (CRM 2.60%) have gross profit margins approximately 20% higher than Snowflake, and they trade at P/S ratios less than half of Snowflake's.

Snowflake's metrics and valuation would be more acceptable in a micro- or even small-cap company that was just starting out. Snowflake, however, has a market cap over $60 billion. Hypergrowth isn't impossible for large-cap companies, but it's much less common than it is in small caps.

Snowflake went public at $120 per share, up from an initial $80 per share. After its first day of trading, it had more than doubled to an incredible $254 per share. At roughly $221 currently, it's still up almost 84% from its IPO, even after a recent stock market pullback in which the NASDAQ and the majority of high-growth technology stocks dropped by double-digit percentage points.

Investors may find Snowflake to be a worthwhile investment no matter what valuation it holds; the company definitely has potential. However, with the current market volatility, concern over inflation, and latest technology stock pullback, investors are better served by building their cash reserves until the dust around Snowflake settles -- or by investing in a technology stock with a more appealing valuation.