Please ensure Javascript is enabled for purposes of website accessibility
Log In Help Join The Motley Fool
Free Article Join Over 1 Million Premium Members And Get More In-Depth Stock Guidance and Research
By Trevor Jennewine - Apr 3, 2021 at 8:47AM

These companies have large and growing market opportunities.

The social platform Reddit has been in the spotlight lately, and it has captured the attention of the investing world. In mid-January, the WallStreetBets subreddit helped send shares of GameStop and AMC Entertainment soaring as individual investors bought the stocks in high volume.

At the time, both companies were heavily shorted, and the rising prices triggered a short squeeze, sending the stocks even higher. At one point, GameStop had skyrocketed over 1,700% year to date and shares of AMC was up over 800%. But those gains have since been cut in half.

Even so, many individuals made a fortune, while others lost a great deal of money amid the volatility. And the only difference was timing, which essentially amounts to luck, because it's impossible to consistently time the market (unless you have a crystal ball). So here's the takeaway: Using a potential short squeeze as an investment thesis is incredibly risky.

Instead, Reddit investors should look for companies with strong revenue growth and expanding market opportunities. GameStop and AMC don't check either of those boxes, but CrowdStrike (CRWD 4.28%) and Etsy (ETSY -1.14%) check both. 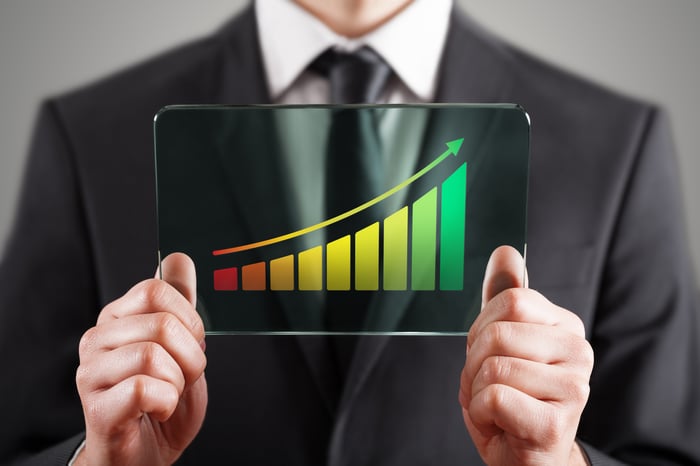 CrowdStrike protects its clients from cybercriminals, securing all endpoints (i.e. laptops, desktops, servers) and workloads against even the most advanced attacks, regardless of whether a device is located on-premise or in the cloud.

In addition to helping clients detect, block, and resolve threats, CrowdStrike places emphasis on understanding a hacker's motives, targets, and attack behaviors. This is known as threat intelligence, and the premise is simple: Security teams can make faster, more informed decisions if they have access to better data. To that end, CrowdStrike offers an unmatched portfolio of threat intelligence solutions.

The takeaway is this: CrowdStrike's threat intelligence capabilities far exceed that of any rival. In fact, according to research firm Forrester: "There simply are no other [cybersecurity vendors] that have an intelligence organization of CrowdStrike's scale." That advantage has translated into strong growth, both in terms of customers and revenue.

Etsy's platform connects 81.9 million active buyers and 4.4 million active sellers, creating a marketplace of handcrafted and vintage goods that consumers typically can't find anywhere else. The company has come a long way since it was founded in 2005, and it's now the fourth most visited e-commerce site in the United States. 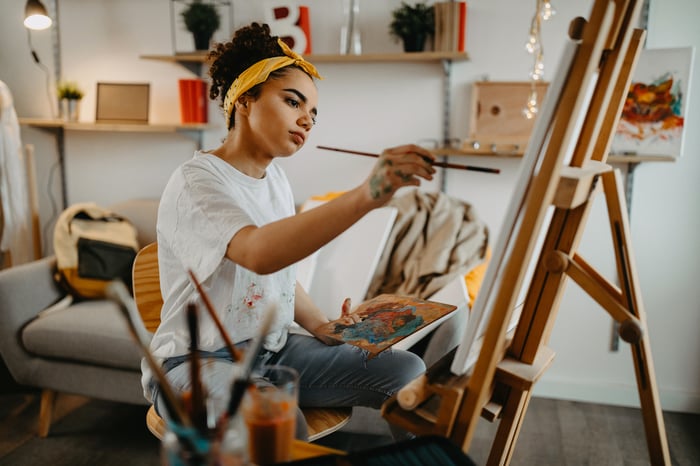 Etsy's large seller base is one of its key advantages. As more merchants join the marketplace, the available inventory becomes more robust, making it a more appealing place for potential buyers to shop. And as more buyers spend time on Etsy, sellers are further incentivized to join. That dynamic is called a network effect, and it serves to strengthen Etsy's business over time.

To leverage that advantage, Etsy has focused on building a merchant-friendly marketplace. For instance, Etsy charges sellers less fees than its primary competitor Amazon Handmade. Etsy also helps its sellers establish their brand with its Pattern service. Using Pattern, sellers can build their own digital storefront and sync sales with their Etsy account.

On the whole, this merchant-centered strategy has helped the company grow its e-commerce ecosystem quickly.

According to management, the market opportunity for the types of "special" items sold on Etsy was roughly $100 billion in 2019. However, the figure expands to $249 billion if you include all online spend in the company's core geographies. Regardless, as digital commerce continues to gain traction, Etsy's unique marketplace leaves the company well-positioned to gain market share.