The U.S. Department of Energy plans to subsidize Plug's expansion.

Hydrogen fuel cell stock Plug Power (PLUG -8.77%) jumped nearly 5% in early afternoon trading on the Nasdaq Stock Market Thursday, and is still holding onto more than half those gains as the trading day winds down -- up 2.8% as of 2:10 p.m. EDT.

You can thank the U.S. government for that. 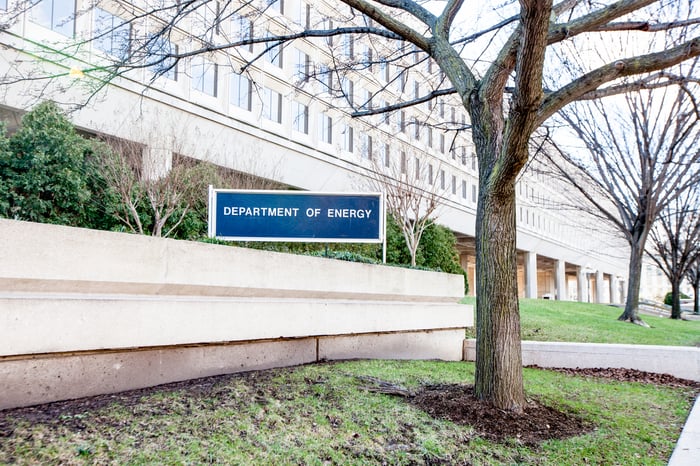 This morning, Plug Power announced that the U.S. Department of Energy has "invited" it to submit a Part II Application for a loan guarantee under DOE's Title XVII Loan Guarantee Program.

Title XVII refers to the part of the U.S. Energy Policy Act of 2005 that subsidizes development of "new or significantly improved technology" to "avoid, reduce or sequester greenhouse gases" -- a description that fits Plug Power's fuel cells, which produce byproducts no more harmful than pure H2O, to a T.

If Plug's application is submitted and approved, the U.S. government would guarantee repayment to lenders offering Plug as much as $520 million in loans "to support the use of green hydrogen to transform the materials handling, transportation, and industrial sectors in the United States." (If Plug is unable to repay the loans, U.S. taxpayers will pick up the tab.) Upon receiving the guarantee, Plug intends to take out such loans, and use the money to build plants that will employ "green energy" sources to electrolyze water to produce as much as 180 tons of hydrogen gas per day.