This space SPAC story got sucked into a black hole.

Shares of space stock AST SpaceMobile (ASTS -4.24%), which went public in a SPAC-sponsored reverse merger last week, have declined more or less steadily ever since that event took place. They're down again today -- 9.9% as of 1:30 p.m. EDT.

To refresh your memory, New Providence Acquisition touted AST SpaceMobile stock as a play on a "$1 trillion global mobile wireless services market" in which "five billion" potential customers would like to be able to use their ordinary cellphones to place calls via satellite. AST promised to make that happen by launching a constellation of satellites to carry the calls, using technology that "is highly proprietary" -- so much so that the company declined to disclose "exactly how it works."

Despite this rather glaring omission, AST won the endorsement of noted short-seller Citron Research in February. They reasoned that "all SPACS are speculative," so "why not [at least] go with one with a [claimed] $1 trillion" total addressable market? 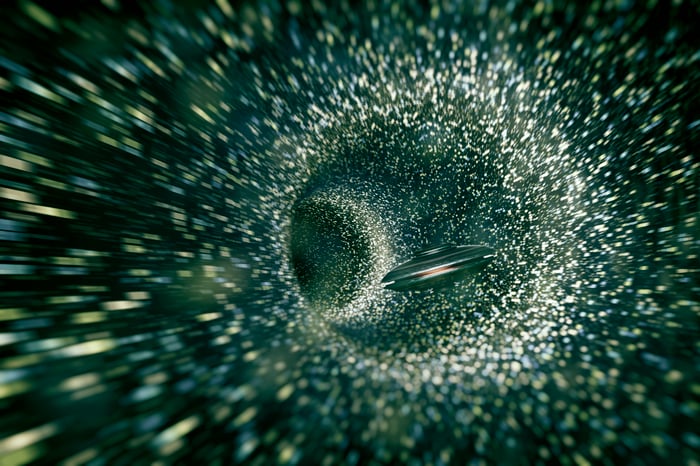 But that leap of faith isn't going very well for Citron Research so far. From $22.50 a share on Feb. 9, when Citron endorsed the investment in the form of the NPA SPAC, newly public AST stock has now lost more than half its value, plummeting below $9 a share.

Will AST be able to recover? According to company CEO Abel Avellan, speaking on CNBC last week, AST raised enough money from its IPO to launch the first 20 satellites of its planned constellation. No word yet on precisely when those satellites will launch, however, or how soon after launching they'll be able to begin generating revenue for AST. Until we get more specifics on that front, I suspect AST stock may continue to slump.

Why AST SpaceMobile Stock Is Up Today