Please ensure Javascript is enabled for purposes of website accessibility
Log In Help Join The Motley Fool
Free Article Join Over 1 Million Premium Members And Get More In-Depth Stock Guidance and Research
By Will Ebiefung - Apr 19, 2021 at 9:30AM

Luckin Coffee and Zynga could help supercharge your investment portfolio.

You don't have to be rich to get started in the stock market. And an investment of just $1,000 is more than enough to set the foundation for substantial returns over the long term.

With a market cap of $11.5 billion, Zynga is bigger than its $11 per share stock price suggests. But the mobile game developer is still a small fry compared to rivals such as Activision Blizzard and Electronic Arts, which boast market caps of $74 billion and $41 billion, respectively. Despite its relatively smaller size, Zynga's acquisition-driven strategy has allowed it to quickly pivot to new opportunities which give it epic growth potential. 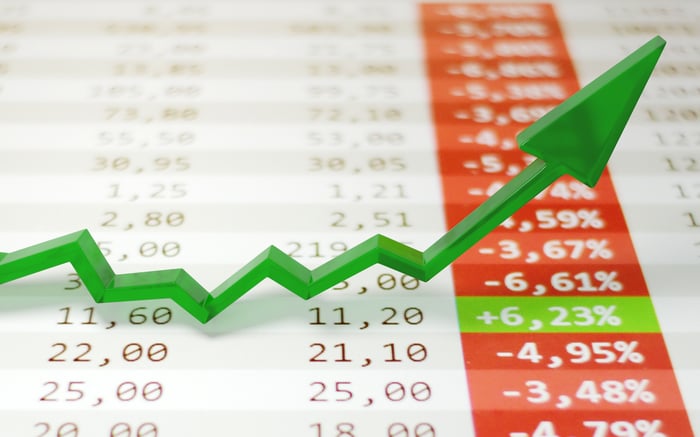 Most recently, the company purchased cross-platform game developer Echtra for an undisclosed amount in early March 2021. This move follows the acquisitions of Peak Games for $1.8 billion and Rollic for $180 million, both in 2020.

The Echtra deal, like all Zynga's acquisitions, will give the combined company access to a skilled development team, some of whom worked on legendary RPG franchises like Diablo and Torchlight. But it will also give Zynga access to Echtra's proprietary cross-platform development tools, which could unlock massive synergies.

Cross-platform gaming technology allows users to play the same game titles over different platforms, which could help widen the reach of Zynga's current and future assets.

Management expects annual revenue to surge 32% to $2.6 billion in 2021, along with an adjusted EBITDA of $450 million (69% above the prior year). The company projects a net loss of $150 million, likely due to the amortization of some intangible assets and some contingent outflows related to its acquisitions.

With Starbucks valued at an eye-popping $133 billion, investors might be looking for a cheaper way to bet on the $466 billion coffee industry. And Luckin Coffee may yet become a viable alternative. The embattled Chinese coffee chain is emerging from its legal challenges and setting the stage for a massive turnaround.

In March, Luckin Coffee announced plans for a debt restructuring deal with some of its creditors. The agreement follows a Chapter 15 bankruptcy protection filing in February, and together, the moves could help the company meet its obligations and shake free of its sordid past.

Luckin claims that the bankruptcy protection efforts won't disrupt day-to-day operations. And a December report from its lawyers in the Cayman Islands reveals cash and equivalents of roughly $743 million on its balance sheet -- dwarfing the $467 million owed to convertible bondholders. Operations are also improving, with third-quarter revenue surging 36% to 1,145 million RMB ($175 million) and management estimating sales of 4.2 billion yuan ($641 million) for full-year 2020.

With $641 million in annual sales and a market cap of $2.3 billion, Luckin Coffee has a trailing price-to-sales (P/S) ratio of just 3.5, which is low for a company growing at double-digit percentages. And while the stock price deserves a discount because of the company's troubled past, it's also beginning to look strikingly undervalued based on available fundamentals.

Be patient for profits

Zynga and Luckin Coffee aren't profitable right now, according to Generally Accepted Accounting Principles (GAAP). But it's normal for fast-growing businesses to forgo profits until they achieve enough scale to make it worthwhile. Likewise, acquisitions often don't boost a company's bottom line until their expected growth and synergies materialize.

Despite their challenges, Zynga and Luckin Coffee both look poised for massive success and would make smart bets for investors aiming to double their money over the long term.