Please ensure Javascript is enabled for purposes of website accessibility
Log In Help Join The Motley Fool
Free Article Join Over 1 Million Premium Members And Get More In-Depth Stock Guidance and Research
By Lawrence Nga - May 1, 2021 at 7:45AM

The recently IPOed video game platform company might be a hot stock, but it's a risky buy right now.

Roblox (RBLX -5.10%), which operates a platform where users play video games created by other users, is one of the hottest stocks on Wall Street right now, and there are good reasons why. It is one of the most popular of the many virtual worlds where people spend time gaming and interacting with each other -- particularly among kids and teenagers -- with more daily active users than Fortnite.

The company also has an ambitious plan to go beyond gaming, expanding into social media, online learning, and virtual meetings. All these opportunities are exciting and could dramatically expand Roblox's addressable market.

But there's a problem for investors: That bright future appears to be priced into the stock already. 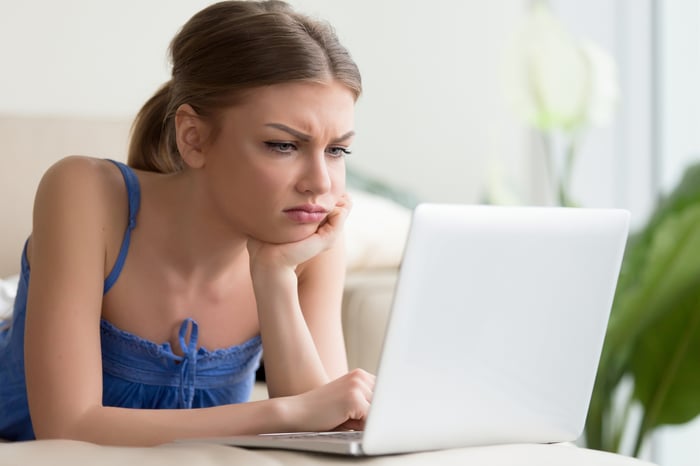 Roblox may struggle to sustain its recent performance

Like other top video game companies, Roblox has been a huge beneficiary of the COVID-19 pandemic. With people spending much more of their leisure time at home, Roblox's expansive virtual worlds offered an alternative way to socialize and have fun.

During the first nine months of 2020, Roblox's daily active users jumped by 85% year over year to 33 million. Users spent 31 billion hours on the platform, an increase of 124% year over year. In sum, many new users joined Roblox, while the average player spent more time on the platform. As a result, the company experienced extraordinary revenue growth of 82%  to $923.9 million in 2020, driven by a 166% surge in daily paying users.

Because it's a social network at its core, Roblox benefits from network effects. As new users join the platform, they invite their friends, who then invite their friends -- fueling a virtuous cycle. That, in part, explains why its user base almost doubled in 2020, and it suggests that investors might expect such a trend to sustain itself.

Still, conditions last year were far from normal. Now, COVID-19 vaccines are being distributed at a rapid pace, and more schools are reopening for in-person instruction. As Roblox's mostly preteen users head back to in-person classes, they may have less time to play video games, and less need to interact with their friends virtually. And that likely means they will also spend less money on Robux -- Roblox's in-game currency -- to upgrade their avatars with accessories, clothing, or special powers.

What's more, many of Roblox's users are newer ones. It's too early to tell how many will stick around as social conditions return to something more like their pre-pandemic normal. If these new users become less active than prior cohorts, they will also spend fewer Robux. Developers will then earn less, which means they will have less incentive to come up with exciting new games or digital goods.

Roblox was one of the most anticipated IPOs of 2021. The pandemic has made virtual worlds more important than ever, and there are clear signs that this company is just getting started.

Even before its initial public offering, investors were pumping up its valuation. It was valued at $29.5 billion in a January funding round -- up sevenfold from a year prior. Since that round, Roblox's valuation has risen another 29%. Today, it's trading for about 25 times expected 2021 sales. That isn't the most expensive tech stock valuation around -- Snowflake, for example, trades at a price-to-sales ratio of more than 100. But consider this. Tencent -- the world's biggest gaming company and owner of a 40% stake in Fortnite-maker Epic Games -- trades at 11 times sales. 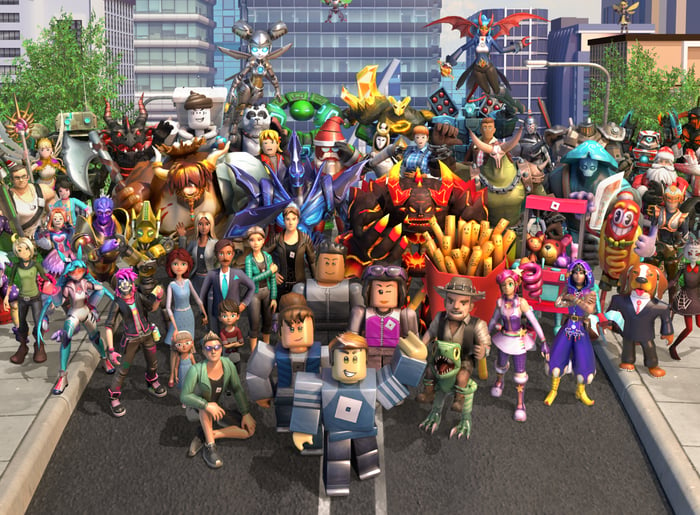 In other words, Roblox looks priced for perfection. If it fails to live up to expectations, the stock could come crashing down.

Even if Roblox delivers steady operational performance, its shares could still drop if there's a broader market correction. Right now, investors are rotating away from high-growth tech stocks and into "reopening" stocks such as banks. Roblox's recent dip -- it's now down by about 10% from the peak it hit earlier this month -- could be a sign it's getting caught up in the tech sell-off.

When should you buy Roblox?

Investors have high hopes for Roblox -- and with good reason. But the company will need to prove that it can sustain its growth trajectory.

Over the next few quarters, some metrics will definitely bear watching. Investors should be looking out for red flags such as a slowdown in user growth or a decrease in the time users spend on the platform.

Given Roblox's pricey valuation, conservative investors should stay on the sidelines for now. More adventurous investors could consider initiating a small position now but should wait for a better entry point to appear before buying more.