Please ensure Javascript is enabled for purposes of website accessibility
Log In Help Join The Motley Fool
Free Article Join Over 1 Million Premium Members And Get More In-Depth Stock Guidance and Research
By Chris Neiger - Mar 5, 2021 at 7:30AM

Investors are eagerly anticipating buying shares of Roblox, the video game platform company, when the company goes public through a direct listing on Wednesday, March 10. And some investors may be wondering how the company's current $29.5 billion valuation was determined and how it compares to Roblox's previous valuations.

If you're interested in a full breakdown of Roblox stock, Millennial Money has a detailed article about the company's upcoming direct listing, but we're going to talk here about how Roblox's valuation has increased dramatically in less than three years. 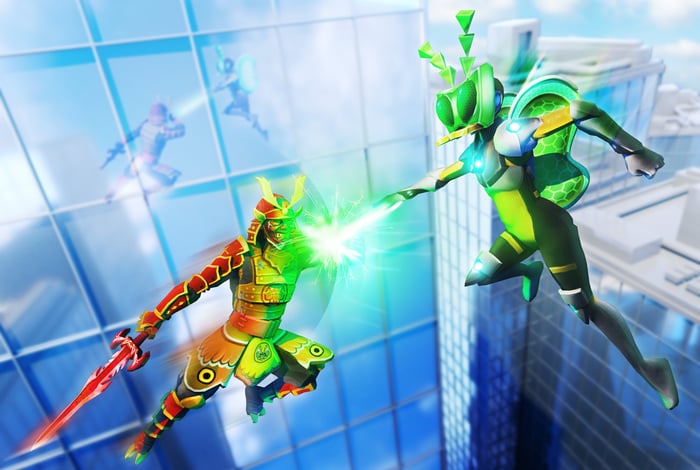 In September 2018, Roblox raised $150 million through a Series F funding round, giving the company a $2.5 billion valuation. That figure was based on previous funding rounds, the total of which were $185 million at the time.

A valuation of $2.5 billion is very impressive, but just two years later the company closed another funding round -- this time for $150 million -- which valued it at $4 billion. Then, in January 2021, the company raised an additional $520 million, skyrocketing its valuation to more than $29.5 billion -- nearly 12 times higher than in 2018. Here's a chart showing the massive valuation jump since 2018. 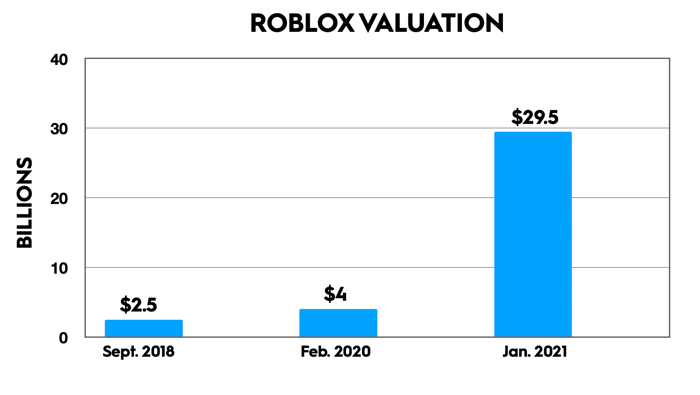 Of course, valuations don't exactly mean that a company should be worth that much, or that another company would pay that figure to acquire it. But with the massive funding rounds that Roblox has received, its current valuation does show that private and public markets have become very interested in this company. But why?

Why investors are homing in on Roblox

Roblox is receiving a lot of attention from investors because of the huge online gaming market and the company's ability to attract a large gaming audience. Some estimates project online gaming's market size to be $196 billion by next year.

In short, Roblox's sales, bookings, daily active users, and engagement are all expanding rapidly. And with the company successfully tapping into the fast-growing online gaming market, private investors are willing to give Roblox a sky-high valuation. The big question for Roblox now is whether or not individual investors will flock to its stock when the company goes public next week.