Please ensure Javascript is enabled for purposes of website accessibility
Log In Help Join The Motley Fool
Free Article Join Over 1 Million Premium Members And Get More In-Depth Stock Guidance and Research
By James Brumley - Updated May 3, 2021 at 4:21PM

Some companies may be implying a worst-case scenario that just isn't likely to pan out as badly as feared.

Based on reports released so far, this quarter's earnings season thus far has been a winner. With about a fourth of companies already reporting, the S&P 500's first-quarter bottom line is on pace to come in at $42.28 per share, more than doubling last year's COVID-crimped first-quarter profits. That result is also a bit better than expected. The broad market has also been buoyed by the combination of last quarter's results and earnings expectation going forward.

But not every company's stock price is up in response to last quarter's reports. A handful of stocks have been upended by a response to lackluster outlooks for the quarter currently underway. Given the bigger trends in play, though, these companies may merely be underpromising now in a way that positions them to overdeliver three months from now. That suggests these sell-offs might be prospective entry points.

Let's take a closer look at three companies whose earnings guidance may be underplaying their true growth potential. 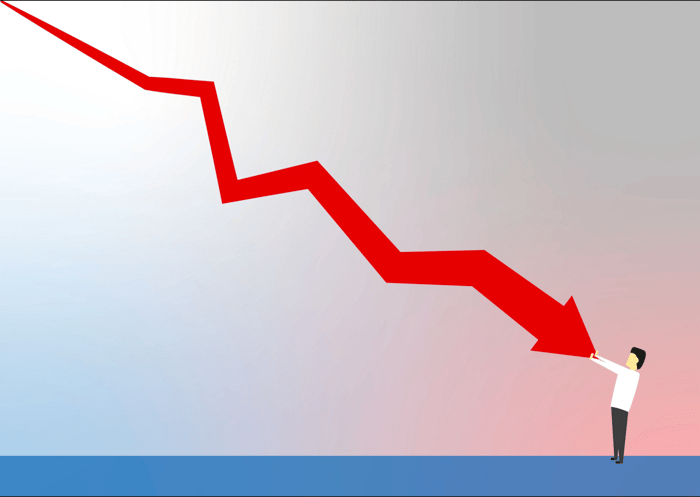 F5 Networks (FFIV 0.24%) isn't a household name. That's because its target market is enterprises. The company offers several software suites that help companies manage their networks, apps, and websites. It's marketable stuff, even if it's of no interest to individual consumers for at-home use.

The proof of that lies in last quarter's numbers. Sales grew 19% year over year for the period ending in March, and though that didn't produce comparable profit growth, it was the second consecutive quarter of double-digit top-line improvement.

Investors aren't impressed. Share prices tumbled 9% last week following disappointing earnings guidance for the quarter ending in June. F5 is modeling per-share profits somewhere between $2.36 and $2.54, which leaves it room to fall short of the $2.50 per share analysts are collectively forecasting. That so-so guidance only underscores the fact that the company didn't grow its earnings last quarter. The revenue outlook isn't exactly thrilling either.

Investors may not want to buy into F5 Networks' relative pessimism.

While the lack of profit growth is a legitimate concern, there's no denying companies need what F5 is selling. The need for upgrades of digital connectivity technologies remains brisk despite the wave of demand prompted early last year when the pandemic suddenly forced tens of millions of people to start working from home. Tech market research outfit Gartner estimates spending on information technology will grow 8.4% this year following last year's lull, led by spending on devices, IT services, and software.

You should also know that F5 hasn't failed to top its earnings estimates in any quarter since the third quarter of 2019, and that's been the only quarterly earnings miss since at least 2018.

eBay (EBAY -1.77%) isn't a name that needs an introduction. Although it was eventually lapped by Amazon as the ruler of e-commerce, eBay was the first name to become a major in the business. It's also been a nice addendum to Amazon's reach, which has been tested by the surge in online shopping while the coronavirus has kept consumers at home. To this end, the online auction platform's first-quarter revenue was up a currency-adjusted 38% year over year, driving similar earnings growth.

As they say, though, the party's over -- at least according to eBay. The company's management is only expecting sales growth of between $2.98 billion and $3.03 billion for the second quarter, which should lead to operating profits of somewhere between $0.91 and $0.96 per share. That bottom-line outlook is lower than the year-ago figure of $1.02 per share, and only up a modest 5% from the year-earlier top line. Analysts are collectively modeling income of $0.95 per share on sales of $3.0 billion, giving the company a small chance to beat estimates yet still not produce meaningful growth.

Investors aren't sticking around to see how it shakes out. Share prices are down more than 10% since eBay dished out that guidance.

The concern is understandable. But eBay just might be underplaying its second-quarter outlook. Although the end of the pandemic is in sight, many newly developed shopping habits are sticking around. The National Retail Federation expects online sales growth of between 18% and 23% this year, and while eBay may not be able to plug into all of that growth, even capturing some of it would lead to results above and beyond current projections.

Finally, add Ford Motor (F 1.17%) to your list of stocks beaten down by Q2 guidance that's worse than it needs to be.

Anyone who's kept close tabs on the market's more nuanced stories likely knows the world is facing a semiconductor chip shortage right now. It's not just affecting the tech sector, either. Automobile makers are hampered by skimpy supplies as well. Along with its first-quarter numbers released on Thursday, Ford cautioned shareholders that production of cars could be stymied through 2022 until the chip shortage abates.

More immediately, the company reports second-quarter production could be as little as half of its original plan after missing Q1's initially projected output estimate by 17%. Despite the healthy sales growth, swing back to profitability, and topping last quarter's revenue and income estimates, the production news sent the stock price careening to the tune of more than 9%.

Investors may be reading more into Thursday's disappointing output guidance than is necessary, however. The company's been warning the market about the chip shortage for weeks now, with share prices falling a total of 12% from their mid-March high of $13.62. Wednesday's post-close guidance only reiterated what we already knew. The market priced it in twice, perhaps shocked by the sheer scope of the current quarter's contracted outlook.

The thing is, although it's a long-term concern, the company's top brass suspects the current quarter will be the worst in terms of technological component supply constraints, with things only easing from Q3 on. That -- paired with expected double-digit percentage sales and earnings growth this year and next despite the chip shortage -- turns the recent selling into a prime entry opportunity.