Please ensure Javascript is enabled for purposes of website accessibility
Log In Help Join The Motley Fool
Free Article Join Over 1 Million Premium Members And Get More In-Depth Stock Guidance and Research
By Scott Levine - May 6, 2021 at 2:49PM

April showers may have helped the flowers bloom in May, but they seem to have also doused investor enthusiasm for this fuel cell specialist last month.

Beginning the year on a high note, shares of Plug Power (PLUG 6.49%) soared 86% in January. In the months that followed, however, shareholders failed to stay charged up about the fuel cell specialist's prospects and the stock fell in both February and March. The start of the second quarter hadn't provided much relief as the stock slid even further in April -- a month during which it dipped 20.5%, according to data provided by S&P Global Market Intelligence.

In addition to the company's announcement regarding a multi-million dollar investment to spur growth in the hydrogen economy, investors' recognition of Wall Street's bearish perspective on the stock motivated them to sell shares. 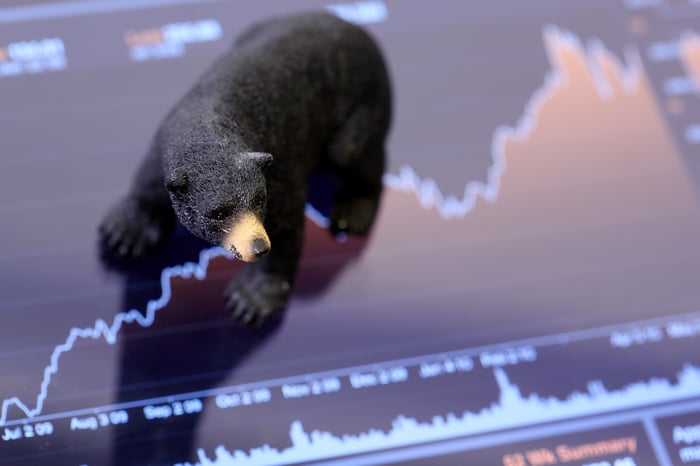 April began on a rather inauspicious note for Plug Power. The company announced on April 5 that it -- along with Chart Industries and Baker Hughes -- was forming the FiveT Hydrogen Fund, which Plug Power characterized as "a unique new clean-hydrogen-only private infrastructure fund dedicated to delivering clean hydrogen infrastructure projects at scale."

Whereas it would seem that investors would gladly receive news such as this, the opposite rang true; Plug Power's stock closed more than 5% lower on the day of the announcement than on the prior day. In all likelihood, it wasn't the formation of the fund that rubbed investors the wrong way; rather, it was the fact that Plug Power planned to contribute about $200 million to the fund's formation.

Unsurprisingly, pessimism regarding Plug Power's stock from Wall Street analysts further encouraged investors to sell shares. On April 6, Piper Sandler analyst Pearce Hammond cut the price target to $42 from $48 while maintaining a neutral rating, according to TheFly.com. The following week, Morgan Stanley downgraded the stock to equal weight from overweight while keeping its $35 price target.

Plug Power's stock has a long way to go to recover from the past three months; shares are down almost 21% through the first trading days of May. While the company has emerged as one of the more attention-grabbing fuel cell stocks, this phenomena is hardly based on a significant improvement in the company's financials. Those interested in the hydrogen niche of the renewable energy industry, therefore, would be better served to take a look elsewhere.