Please ensure Javascript is enabled for purposes of website accessibility
Log In Help Join The Motley Fool
Free Article Join Over 1 Million Premium Members And Get More In-Depth Stock Guidance and Research
By Chris Neiger - May 10, 2021 at 3:12PM

Investors were responding to slowing sales for Taiwan Semiconductor.

Taiwan Semiconductor said today that its April sales fell by 13.8% from March. Despite the drop, the company's April revenue was up 16% year over year. The semiconductor maker also noted that its revenue in the first three months of this year was up 16.5% from 2020. 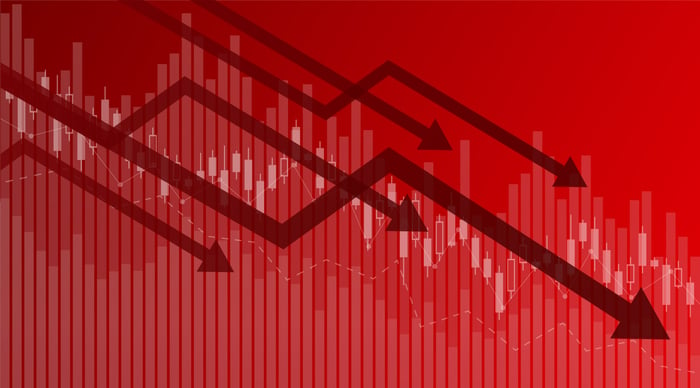 So why are Qualcomm, Micron Technology, and Skyworks Solutions investors concerned about Taiwan Semiconductors' drop in its April sales? Because chip companies are already facing product shortages right now and this additional bad news is causing more uncertainty in the industry.

There's more demand for chips than there is supply right now, which has caused a chip shortage for everything from televisions to automobiles.

Chip manufacturing took a hit from supply chain disruptions as the coronavirus pandemic took root around the world last year, forcing workers into lockdowns. Additionally, shifting consumer spending during the pandemic and rising tensions between the U.S. and China have disrupted the normal flow of chip production.

And now a slowdown in sales for the world's largest chipmaker is causing some investors to be even more concerned about the broader semiconductor market.

Some investors may also be reacting to a report released today on AppleInsider that Apple could use its own 5G cellular chips by 2023. The media website talked to TF International Securities analyst Ming-Chi Kuo who said that Apple is planning on using its own 5G chips in its iPhone in just a few years.

"Qualcomm will be forced to compete for more orders in the low-end market to compensate for Apple's order loss," Kuo said.

That report added extra pressure on Qualcomm's stock, as well as Micron Technology's and Skyworks' stock, as all of these companies are Apple suppliers.

While chipmakers are trying to ramp up production to meet demand, some analysts have suggested that the chip shortage could last for a couple of years. It's unclear how severe an ongoing chip shortage could be, but investors are already feeling the pressure.

Over the past three months, Micron Technology's stock has fallen about 3%, Skyworks Solutions' share price is down 9%, and Qualcomm's stock has tumbled 11.5%.

When you add Taiwan Semiconductor's sales decline in April with the broader worldwide chip shortage -- and add in growing competition from Apple's 5G chip just around the corner -- it becomes pretty clear that investors can likely expect some more share price swings from Qualcomm, Micron Technology, and Skyworks Solutions in the coming months.