Please ensure Javascript is enabled for purposes of website accessibility
Log In Help Join The Motley Fool
Free Article Join Over 1 Million Premium Members And Get More In-Depth Stock Guidance and Research
By Rich Smith – May 10, 2021 at 1:26PM

Elon Musk was on "Saturday Night Live" over the weekend. His rivals took advantage of that.

Shares of electric car titan Tesla (TSLA -6.81%) had tumbled 4.1% by noon EDT on Monday on a bevy of news reports that were at least tangentially related to the stock. 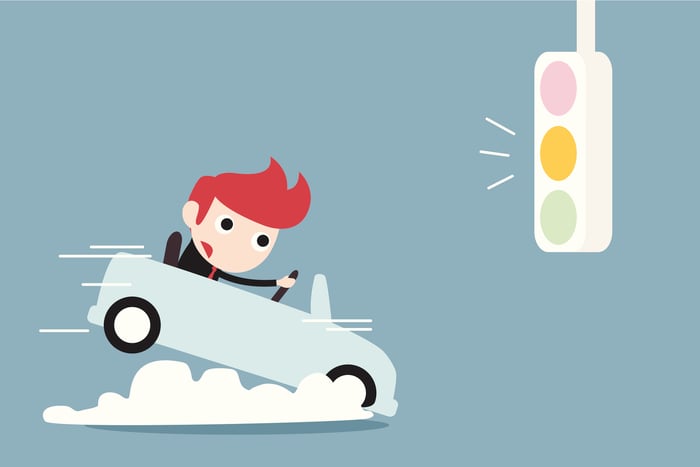 This weekend, Elon Musk hosted Saturday Night Live. That should have been good news for Tesla -- the CEO did manage to plug his company in everything from the opening monologue to multiple skits. But Tesla's competitors didn't let the opportunity go to waste, either.

And speaking of competition, in another development that probably should have been good news for Tesla investors, Wedbush Securities took the opportunity to plug Tesla stock this morning. It said that "underlying consumer EV demand looks robust in China, Europe, with the U.S. playing catchup," and that "April and May demand look strong" for EVs, reports TheFly.com. Unfortunately, in the course of recommending once again that investors buy Tesla stock, Wedbush also described rising competition from EV rivals such as Ford, Volkswagen, and Lucid. And it highlighted the chip shortage that is slowing automotive production around the globe, and reminded investors of Tesla's PR crisis in China!

So what started out as an endorsement of Tesla stock, and a prediction that Tesla shares will go to $1,000, may have ended up just spooking Tesla investors further.

The last thing investors want to hear, when investing in a stock that costs 665 times earnings (and apparently not from any earnings selling cars), is more bad news on what was supposed to be a good-news day.