Please ensure Javascript is enabled for purposes of website accessibility
Log In Help Join The Motley Fool
Free Article Join Over 1 Million Premium Members And Get More In-Depth Stock Guidance and Research
By Manali Bhade - May 26, 2021 at 6:00AM

Together, an exciting electric vehicle manufacturer and healthcare giant can help investors protect their portfolios from extreme volatility.

The U.S. equity market has been highly volatile in the past few days. The April 2021 consumer price index (CPI) came in at 4.2 (a metric used to gauge inflation), which was far higher than the Federal Reserve's average inflation target of 2%. This made the market justifiably jittery about the possibility of tightening monetary policy adversely affecting stocks.

In an April 27–28 Federal Open Market Committee meeting, several officials suggested the need for plan to tapering the pace of asset purchases to control increasing inflation. While this might not be happening immediately on the back of slowing job growth in April 2021, sooner or later, the Fed will have to intervene. This could result in a prolonged stock market correction.

However, these uncertain times can also prove to be an attractive opportunity for retail investors to pick up high-quality stocks such as Tesla (TSLA 0.07%) and Johnson & Johnson (JNJ 0.74%), which are well positioned to thrive in a reopening economy, and can get your portfolio through market ups and downs. 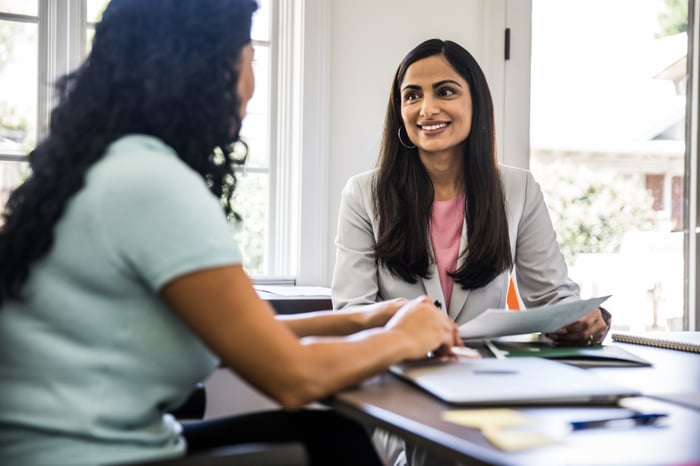 Tesla remains a force to be reckoned with in the global electric vehicle (EV) landscape. In the first quarter, the company's total vehicle deliveries were up 110% to 184,800, while vehicle production increased by 76% year over year to 180,338. The company has guided for a 50% year-over-year increase in deliveries for 2021, which amounts to 800,000 vehicles.

Although increasing competition from Volkswagen (VWAGY 1.14%) and GM (GM 0.44%) has stolen some of Tesla's thunder, Tesla is still very much a dominant force in the EV space. Tesla's Model 3 has already become the best-selling midsized premier sedan, surpassing longtime leader BMW 3 Series. The company now expects Model Y to become the best-selling car or truck by 2022. And Tesla's supercharger network now covers 25,000 supercharger stalls across 2,700 stations -- a huge footprint to cater to the charging needs of Tesla users.

Tesla is focused on building new factories in Berlin, Texas, and China. The company is also working on improving the artificial intelligence (AI) algorithm backing its much-awaited full-self-driving functionality. With 1 million vehicles on the road collecting real-world driving data, including several extremes-of-use cases, the company expects to build real-world vision AI capabilities to further improve its autonomous vehicle (AV) technology. If successful, these developments will not only add to the company's top line, but also boost its margins.

However, a few legitimate concerns haunt Tesla's stock. Analysts and investors were unimpressed with the company's first-quarter results, especially after excluding the sale of regulatory credits. Sentiment further soured after reports highlighted a 27% sequential decline in the sale of Tesla's China-made vehicles from 35,479 units in March to 25,845 units in April.

Investors are also concerned about the California Department of Motor Vehicles' investigating Tesla for its potentially misleading "full self-driving capability" claim. This probe seems to have been triggered by the death of a Model 3 Tesla driver operating on autopilot on a freeway in California. The recent hit to the stock came after Scion Asset Management's Michael Burry revealed a heavy short position on Tesla.

Finally, Tesla stock is trading at 15.5 times sales, which is quite expensive for any capital-intensive company.

While these risks cannot be ignored, investors also cannot deny the immense growth potential and branding power of the company. Tesla's share price is currently down almost 36% from its all-time high in January. A pullback of this magnitude in a company that's well positioned to benefit from secular tailwinds could prove to be an excellent entry point for retail investors.

The largest healthcare company in the world by market capitalization, Johnson & Johnson produces a range of pharmaceutical drugs, medical devices, and consumer health products. Thanks to the Standard & Poor's AAA credit rating and a history of increasing quarterly dividends for 59 years in a row, this Dividend King (a company that has increased dividends for at least 50 years in a row) has long been known as a safe and resilient investment in any market condition.

Johnson & Johnson's current dividend yield of 2.48% is significantly higher than the S&P 500's 1.38%, makes it an attractive bet for income investors. With a trailing-12-month (TTM) dividend payout ratio of 46.5% and TTM free cash flow of $20.8 billion, the company has sufficient financial strength and flexibility to continue its generous dividend policy in the coming years.

In the first quarter (ending April 4), Johnson & Johnson's revenues rose by 7.9% year over year to $22.3 billion, while net income rose by 6.9% year over year to $6.2 billion. Both metrics handsomely surpassed analysts' consensus estimates, which is admirable with the global economy still reeling from the pandemic. Increased momentum in the pharmaceutical and medical device segments, which together accounted for around 83% of the company's first-quarter sales, were the major growth drivers. The company is also benefiting from the steady pace of reopening in the U.S. economy, considering that it earns 50% of its revenues from the U.S. market.

Johnson & Johnson expects fiscal 2021 adjusted operational sales to grow year over year by 8.7% to 9.9%, a hike from the previous guidance of 8.0% to 9.5%. The company has also guided for fiscal 2021 adjusted diluted EPS of $9.42 to $9.57. These metrics are easily achievable in light of the ongoing demand for the company's blockbuster drugs such as Darzalex for treating blood malignancies, and Stelara and Tremfya for treating autoimmune conditions.

The medical devices segment is also witnessing a solid recovery driven by demand for vision surgery, contact lenses, orthopedic surgery, and general surgery. These trends are expected to strengthen in the second and third quarters as patients forced to delay elective procedures during the pandemic gradually regain the confidence to visit hospitals. Johnson & Johnson is also investing in opportunities such as telehealth, robotic surgery, and advanced diagnostics.

Investors, however, should remain cognizant of the company's litigation risks. Johnson & Johnson, Teva Pharmaceuticals (TEVA -0.98%), AbbVie (ABBV 0.41%), and Endo International (ENDP -2.78%) are currently facing a trial wherein several California counties have sued the businesses for $50 billion for their role in the U.S. opioid epidemic. The chances of a court decision in favor of the California counties remain high, considering that Johnson & Johnson has already been fined $465 million for its role in escalating Oklahoma's opioid epidemic. The company is also facing similar lawsuits in several other states.

While I am not underestimating this risk, Johnson & Johnson is still very much an attractive investment opportunity for retail investors based on its diversified product portfolio, scale, global presence, solid cash flows, and robust dividend policy.