Please ensure Javascript is enabled for purposes of website accessibility
Log In Help Join The Motley Fool
Free Article Join Over 1 Million Premium Members And Get More In-Depth Stock Guidance and Research
By Ryan Downie - Jun 4, 2021 at 8:08AM

Make sure your investment portfolio is ready to handle these stock market themes that should continue into June.

The past two months have been eventful in the stock market, with major economic news and corporate earnings giving investors plenty to think about. As we approach the typical summer trading lull, it's time to think about the major factors that could reshape the current market trends. It's smart to keep an eye on potential major risks that could threaten your stock portfolio -- but we don't want to overreact to threats that may never come to fruition.

I see three major themes that emerged in recent months that I expect to continue through June before more serious shifts take over later in the year. 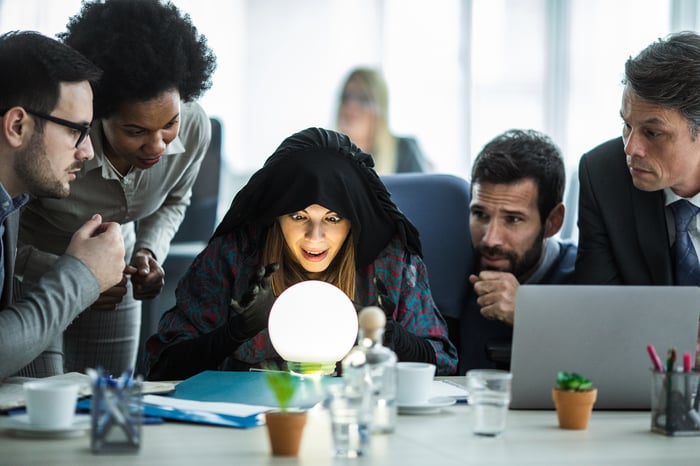 Last month, the Nasdaq jumped following an employment report showing that the U.S. economy added 266,000 jobs rather than the 1,000,000 that investors had been expecting. Bad economic news generally shouldn't be a positive sign for corporate financial results, so this is a confusing outcome. However, there is precedent for this exact dynamic from the years following the global financial crisis, and it's almost certainly going to continue in June. However, don't expect it to last much longer than that.

Last year's low interest rates and strange economic situation made a number of technology and consumer discretionary stocks more enticing than usual. Investors were willing to take extra risks to secure returns, and capital flowed to stocks that were still able to deliver growth during the pandemic. This caused valuations across the market to rise to historically high levels.

That situation changed recently. The pandemic recovery seems to be progressing well, and inflation is becoming a more realistic threat to the economy. Energy and raw materials stocks are also rebounding from last year and attracting more investor interest. If the Federal Reserve is forced to raise interest rates to keep inflation from getting out of control, it's likely to deal a blow to the stock market, especially those volatile stocks with the most aggressive valuations. With higher yields available in assets such as bonds, capital will flow away from riskier equity positions. Stocks are also frequently used as an inflation hedge, and that boost will disappear if inflation becomes a less obvious threat.

The first-quarter earnings season is behind us, so we won't have much company-specific news this month. Investor attention will turn instead to economic indicators and Fed commentary. If the recovery is outpacing expectations and Fed attention starts shifting to inflation, expect some turmoil in the stock market.

Market commentary has been dominated by value vs. growth and re-opening themes so far this year. As the economy moves back toward pre-pandemic activity, so too will the portfolio allocations and acceptable valuations for different categories of stocks. We've already seen the financial sector rebound, and investors are gaining confidence in the energy sector as oil prices recover.

Some of the gains in those areas have come at the expense of the tech stocks that delivered stellar returns last year. Value has outperformed growth as of late. Still, growth stocks are well ahead of where they were one year ago, despite giving back some of those gains over the past few months. That suggests that there could still be more rotation to come, dragging on growth and propelling value further ahead. 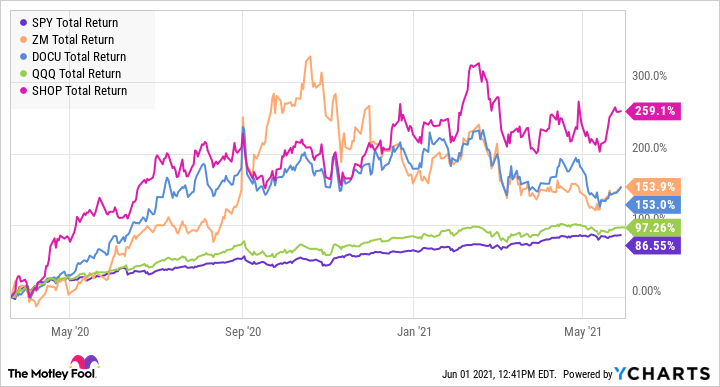 Of course, none of this is set in stone. Some tech companies (especially those enabling remote work and e-commerce) were catapulted ahead for the long term as people and businesses permanently adopted new behaviors and standards. If the economic recovery falters and inflation remains high, then value stocks might lose some ground to growth. That doesn't appear to be the current course, though, so don't be shocked to see your high-flyers going through some volatility.

3. The VIX trend will continue

As we move into June, the S&P Volatility Index, or VIX, is testing its lowest levels since February of last year. This low volatility might be comforting to a lot of investors following such a long period of financial stress that compounded all of the other social and medical challenges presented by the pandemic. 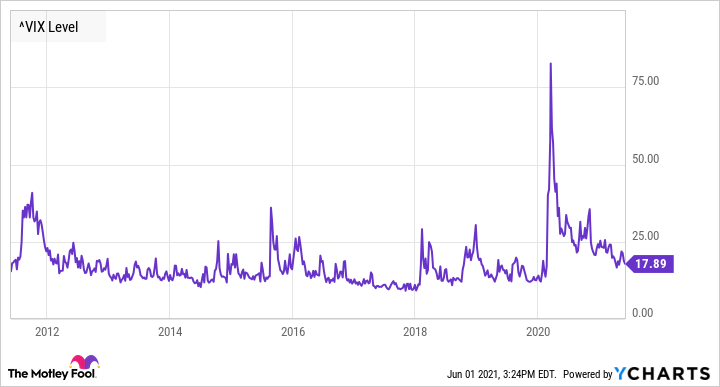 Prior to the pandemic, we enjoyed a long period of relatively low volatility, punctuated by spikes as the market adjusted to macroeconomic news. Given all of the uncertainty and complications discussed above, there are certainly some factors that could trigger some volatility. Anything that drastically increases the likelihood of monetary tightening by the Fed, for example, would likely trigger a sell-off.

While those risks exist, I don't think we'll see anything too drastic occur quite yet. Following last month's poor jobs report, this month's would have to be enormous to make monetary authorities contend with the economy's fundamental stability. June is often a sleepy month in terms of trading volume, and we'll probably need truly major news to motivate any big shift from current patterns. That's more likely a problem for the back half of the year. It's best to build an investing strategy that can deliver returns regardless of timing, and stick to that plan without panicking.