Some of the tech sector's most influential players could soon face significantly bigger tax bills.

Financial leaders met Saturday ahead of next week's G7 summit and agreed on a plan to set a 15% minimum global tax rate and require companies to pay taxes where they operate. The agreement between the G7 countries (which consist of the U.S., France, the U.K., Canada, Mexico, Japan, and Germany) sets the stage for broader adoption at the G20 meeting set to take place in July.

The push for a global minimum tax rate appears to be aimed at making sure that Big Tech companies pay a larger share of taxes and can't reduce their tax burdens through international loopholes. It's not clear exactly how new global tax measures might impact the progression of the tech space over the long term, but it's reasonable to expect that Big Tech leaders could face a substantially bigger tax burden in the near future. 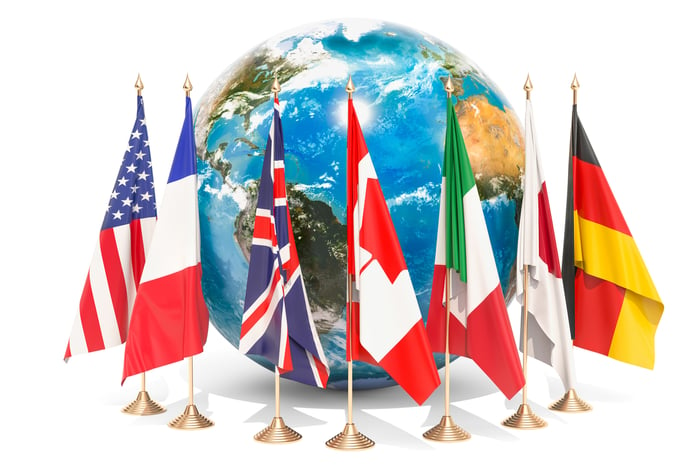 Mounting consensus among major economic powers about new tax policies that would impact companies such as Facebook (META -1.38%), Alphabet (GOOG -0.59%) (GOOGL -0.66%), and Apple (AAPL 0.01%) comes amid other regulatory pressures. The G7 countries' agreement on a global minimum tax rate of 15% follows announcements that the U.K. and the E.U. had launched antitrust investigations into Facebook's Marketplace service. Meanwhile, Alphabet and Apple each recently changed cookie tracking systems in their respective browsers after coming under fire for infringing too much on user privacy.

Big Tech companies have made huge progress toward building encompassing product ecosystems over the last decade. However, momentum on this front has also raised concerns about the increasing power that these companies wield and the stifling impact their growth may be having on the competitive landscape. Facebook, Alphabet, and Apple still look like great companies, but they're bumping up against new challenges after long runs of incredible growth.